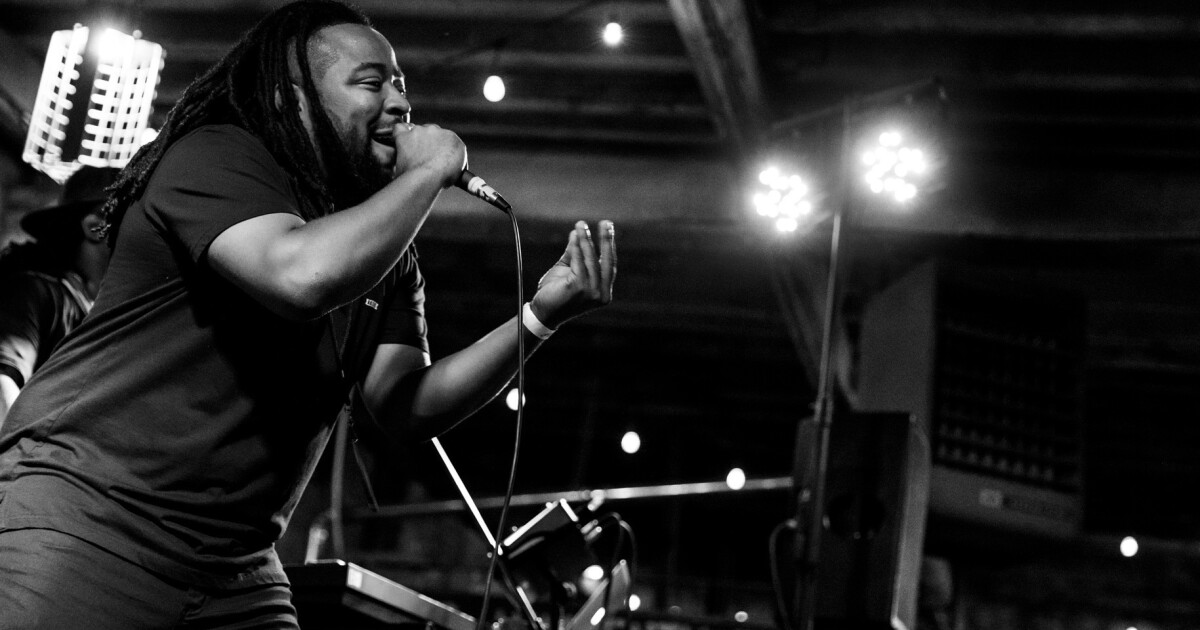 All the time, Kansas City creatives are showing their souls in venues, studios and neighborhoods across the metro area. The city’s scene has experienced a renaissance at the hands of these artists – many of whom are musicians deeply rooted in their communities, illuminating civic issues, amplifying historically silenced voices and developing future leaders through the power of music.

In this edition of Slingshot City Scenes, 90.9 The Bridge spotlights eight musicians who are agents of change in and around Kansas City.

What tends to be forgotten about Kansas City’s coveted place in jazz history is the spirit of improvisation and experimentation that propelled pioneers like Charlie Parker, Mary Lou Williams and Count Basie. . Pianist Eddie Moore carries on this tradition in his modern interpretation of jazz, with colorful watermarks of R&B, rock and hip-hop, as exemplified here with his band, We The People. The musician and lecturer at the University of Kansas also runs Tribe Studios KC, a full-service arts incubator that aims to nurture and advance the profile of professional black artists in Kansas City.

Thanks in part to cultural institutions such as Ensemble Ibérica, Kansas City boasts a diverse, world-class music and performing arts scene. Led by artistic director and prodigious musician Beau Bledsoe – whose musical focus runs the gamut from Spanish flamenco and Portuguese fado to Turkish oud and classical country – Ensemble Ibérica offers a more comprehensive view of musical history through the prism of the Iberian diaspora. Drawing heavily on the classical and folk traditions of Spain, Portugal, Mexico and Central America, the ensemble offers a musical exchange program that immerses local artists in other cultures and brings that music back to the Heartland to enrich local audiences.

Through her Art To Empower initiative, social justice is at the forefront of Flare Tha Rebel’s music career. The host deftly dismantles the topics of gun violence, police brutality and mass incarceration with a smooth flow and energetic stage presence. Through his musical endeavors, he has also raised funds for non-profit organizations such as the Metropolitan Organization to Counter Sexual Assault, Equal Justice Initiative, and Change The Ref.

For the past decade, rapper, singer, and producer Kemet Coleman has shone the cultural spotlight on Kansas City hip-hop and R&B. His musical endeavors are extensive as a solo showman, frontman of the funky party band The Phantastics, and star performer in the 25-piece hip-hop big band Brass and Boujee. These creative outlets give Coleman a valuable opportunity to engage the community; one of its initiatives is Troostival, a music festival that celebrates the diversity of local black creativity.

It’s easy enough to get sucked into Making Movies’ fusion of vibrant Latin American beats and kinetic rock and roll, but that might just be the least noticeable thing about this band. The band’s songs are vehicles for social change – explorations that push the boundaries of identity and culture, and the search for connectedness by digging into the authentic roots of American music. It all comes together in the band’s Art as Mentorship youth music program, which gives underrepresented young musicians a unique voice through artistic development, mental health support and invaluable mentorship; a few notable instructors have included Kevin Morby, Jake Luppen of Hippo Campus, and Steve Berlin of Los Lobos.

They call me Sauce / NuBlvckCity

Royce Handy is a man who wears many hats – from his solo emcee project They Call Me Sauce and hip-hop collective NuBlvckCity to his work as a community organizer. He and bandmate Kartez Marcel co-founded the Hip Hop education workshop We Are RAP (Real And Positive), which aims to equip teens with positive avenues of self-expression through media they enjoy. During these multi-week workshops, students learn literary and creative writing techniques, music theory, performance, recording tips and marketing strategies.

That of the bridge sound minds The series examines the role music plays in mental health, with songs and stories about healing and catharsis, while posing the unique challenges faced by performing and recording artists. It’s a familiar path to duo The Black Creatures, who construct interdimensional worlds through commentary on racial injustice, intergenerational trauma and the human condition. In writing the band’s songs, singer Jade Green looks to storytellers like Octavia Butler and Toni Morrison, who built fantasy worlds to challenge conventional ideas of race, sexuality and gender.

Violet and the undercurrents

Our latest spotlight takes us about 100 miles east on I-70 from Kansas City to Columbia, Mo., where a musical duo has opened creative doors for Missouri’s middle youth community. Over the summer, Violet Vonder Haar and Phylshawn Johnson of Violet & the Undercurrents spearheaded the opening of the Compass Music Center, a safe and creative community music space in the heart of college town. The center fulfills a longtime dream for the married couple – expanding their ability to run year-round music camps, offering free music lessons to low-income students, and cultivating the community by equipping students with invaluable knowledge about the start of their musical career.

Getting ‘stuck’ with payday loans