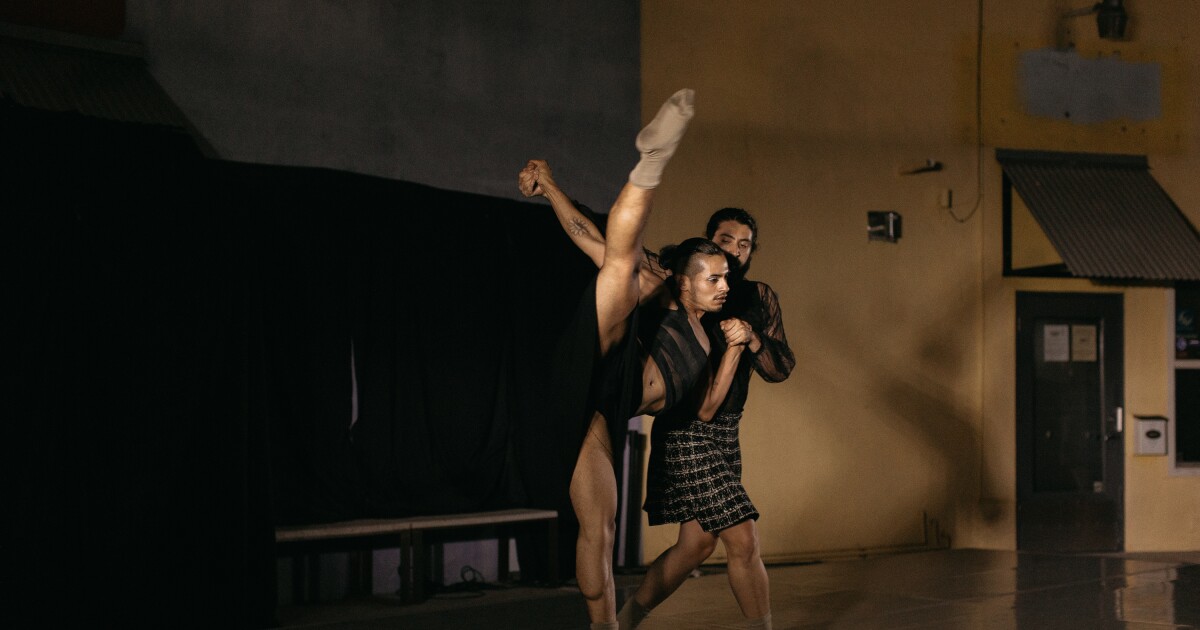 Be the first to know about the latest entertainment, arts and culture news. Sign up to get Wallace story alerts delivered straight to your phone. And find Wallace’s recent work here.

For the second year in a row, Santa Cruz is set to be the stage for artistic expression by queer people of color at BBQueer Fest, which will take place in various venues starting Thursday.

From workshops to performances, the roster of events is designed to elevate the often marginalized work of queer artists of color (“BBQueer” has nothing to do with grilled meats; the “BB” stands for “Black and Brown.”)

In fact, the festival kicks off in Watsonville, with “A Little Bit of Salsa!”, a dance workshop by Alex Santana and Valentina Velasquez, with a workshop at 6:30 p.m. and an open dance an hour later in the newly opened Watsonville. Center for the Arts, 375 Main St., directly across from Watsonville Plaza.

On Friday, the focus shifts to downtown Santa Cruz with an ambitious and diverse performance on the grounds of Santa Cruz City Hall titled “Poética.” The free event will feature a number of live dance performances with live music and spoken word.

“It’s a full spectrum night of the arts,” said curator and event director Angela Chambers. The festival’s flagship event took place in 2021 at Motion Pacific, but aside from a change in venue, the spirit and purpose of the event is the same, said Chambers, who also works as program manager. and teaching artist at Tannery World Dance. & Cultural Center.

“It’s the same idea, but it’s not the same composition,” she said. “We have a featured artist that we bring back to the tannery on a fairly regular basis, and that’s Gregory Dawson of (based in San Francisco) dawsondancesf.”

Dawson will perform with a number of other Santa Cruz and Bay Area artists, including Mak Nova, Will Kahn, Summer Red, Kat Factor, Maya Daodu, Alexandra Mannings and the Xochipilli Dance Company.

“And we’ll also have some young dancers from Santa Cruz who identify as black, brown, or gay performing,” Chambers said, “so it’s a really nice lineup of artists.”

On Sunday, the workshops continue with a dance workshop by Luna Bey and a discussion of anti-racist ideas and practices called “Showing Up for BBQueer” for white people. The workshops will continue next week with performer Isaiah Esquire presenting a workshop for playing in heels on Tuesday and advanced jazz on Wednesday.