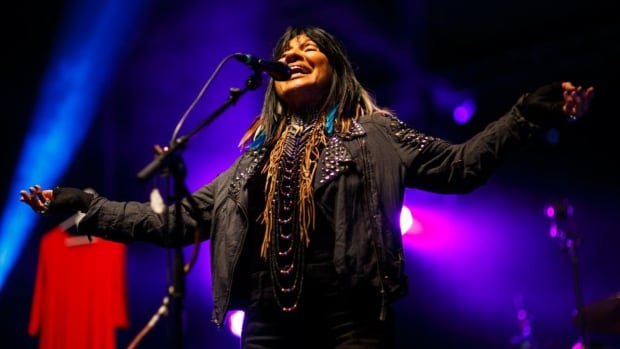 Buffy Sainte-Marie talks about cancer, Indigenous artists and the monarchy before the performance in British Columbia

Cree singer-songwriter Buffy Sainte-Marie has had a rollercoaster year, from having shows canceled due to illness to premiering a documentary about her life, music and activism at the Festival Toronto Film International.

Today, she’s in British Columbia to perform at the Come Toward The Fire festival at the University of British Columbia’s Chan Center for the Performing Arts — a new concert celebrating Indigenous talent.

Sainte-Marie spoke with CBC’s Gloria Macarenko On the coast before his performance.

This interview has been edited for length and clarity.

First of all, how are you?

I’m doing really well, you know, during COVID I got sick with everyone and not only did I get COVID – it didn’t bother me too much – but I also got cancer.

I had to cancel some concerts and I’m really happy that the Chan Center concert is going on. We had to cancel others just because of the schedule. I spent three nights in the Denver airport, I was dropped by Air Canada, another time it was dropped by WestJet and it kind of hurt my health to hang around an airport so much, so I canceled a lot of concerts.

But now I’m back for this one and after this I’m gonna stay home and write and have a good life for a little while.

I’m really sorry to hear about cancer. Are you treating yourself for this?

I’m everywhere. I just walked through it. It was a pretty serious cancer. I had an operation. It seemed uncertain for a while because you never know. But I’m totally back. My health has completely returned.

When we talk about this spotlight on Indigenous creativity right now — music, books, movies — how do you think where it’s going?

I’m so excited that the public and the art business, show business, television, media and everything, I’m so glad that they’ve changed, that they’re maturing to receive our artists because our artists are great for a long time, but they couldn’t get any traction anywhere.

It’s really hard for a young artist coming from any background not to have contacts, to be continually treated like a first act or someone who has to wait in the wings, because a lot of our artists are matured for a while, and yet they haven’t had the record deals, they haven’t had the media exposure. But it’s coming. It’s coming.

You’ve been writing and singing about really hard truths for a long, long time: cultural genocide, displacement, oppression. So when you hear Indigenous artists today echoing some of these themes, what comes to mind?

What I like the most is that they don’t just write about hard times like me, they also write love songs.

So a lot of people will nail you in the face and say, “Oh, she must just sing about Indians and about Indian issues,” and that’s how it was seen in the 60s, 70s, and 80s. people were unprepared for our diversity and talent. There were good writers, there were good actors around. They couldn’t be hired, so you didn’t hear them.

But now it’s a little different, and I’m so glad that day is coming. That doesn’t mean it’s easy for us now, but it’s much better to be accurately represented.

What has crossed your mind since the announcement of the death of Queen Elizabeth II?

I certainly offer my condolences to his family and loved ones. I think she was a lovely woman, although I think the monarchy is just shit and stupid. It’s a dumb, outdated thing.

We can sit down and criticize ourselves, or we can celebrate the good things we see in others.

It’s interesting how his funeral and passing affect the media.

She gave me two medals during my career. She was nice to me personally, but when it comes to the pecking order, the whole European monarchy, the dictatorships, just the bad leadership, which has been historic all over Europe, I feel sorry for the Europeans who were tossed through these institutions long before they knew of the existence of the indigenous peoples of the Americas.

I don’t spend my emotional energy being angry at people.

What other projects are you working on?

Madison Thomas, who’s half native and half European, she made a great little documentary, and I’m really glad it wasn’t me who decided what was left and what was left because I had a real big life.

There was an earlier documentary by Joan Prowse called Buffy Sainte-Marie: a multimedia life. But in 90 minutes, you can’t say the same. And so Madison was able to cover a little more territory.

There are many things that no documentary has covered. There is nothing about romantic relationships. There’s very little about the Cradleboard Teaching Project or some of the other big things in my life that haven’t been covered. I don’t know if there will be a third documentary, but it could be action packed.

On the coast2:30 p.m.Buffy Sainte-Marie set to perform at ‘Come Toward The Fire’ festival at UBC

Cree singer-songwriter and Canadian music icon Buffy Sainte-Marie sat down to talk about her cancer diagnosis, difficult travels, the monarchy and more ahead of her September 18 show in Columbia. British