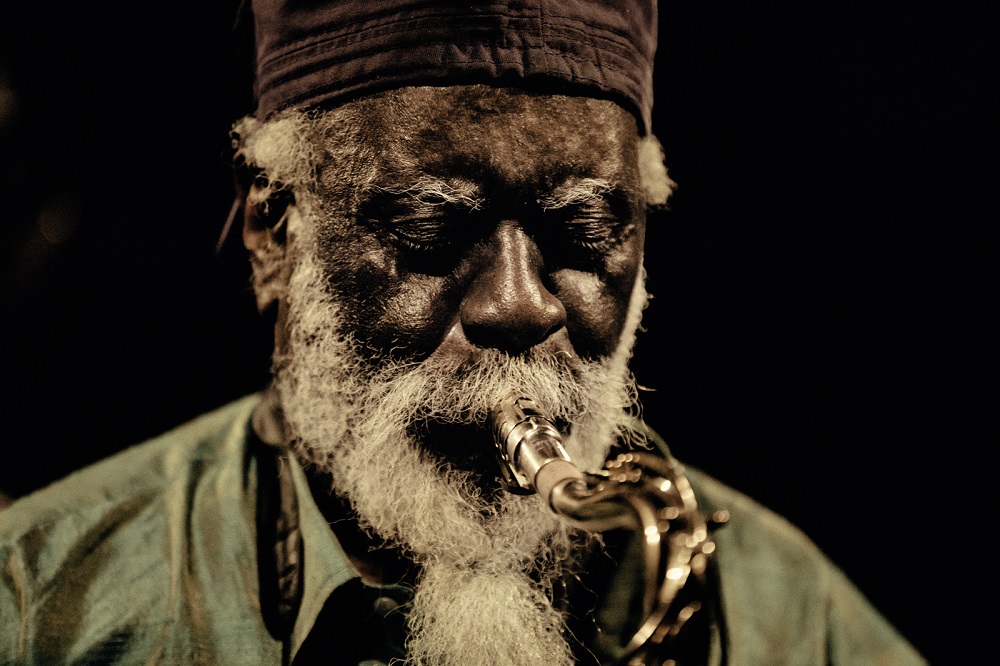 The 40th edition of the Copenhagen Jazz Festival, which takes place July 6-15, featured a truly impressive range of music with around 100 venues hosting over 1,400 acts. The city-wide celebration draws on a loose consortium of independent promoters, producers, programmers, musicians and club owners to reserve a talent mix featuring Danish artists, older companions, new talent and international stars from around the world – all with a healthy respect for the history and traditions of jazz.

High-profile artists like Jeff Beck, The Roots and the Brad Mehldau Trio all had big nights at the start of the festival, while saxophone icon Pharoah Sanders (pictured) took the stage for two sold-out shows in the ‘intimate Brorson’s Church. Veteran drummer Albert “Tootie” Heath has enjoyed the backing of a decidedly international band, as have Boston saxophonists George Garzone and Jerry Bergonzi, both of whom have been coming to the festival for years, each performing with a group of accomplished Danish companions. .

Guitar legend Jeff Beck performed the DR on Monday night, drawing a repertoire of five decades of recording. Starring super drummer Vinnie Colaiuta, bassist Rhonda Smith, cellist Vanessa Freebairn-Smith and singer Jimmy Hall, Beck dazzled the crowd with impeccable jazz-fusion instrumentals as well as 20th century nugget fret interpretations like ” A Day In The Life “,” A Change Is Gonna Come “,” Superstition “by Stevie Wonder and” Little Wing “by Jimi Hendrix. Meanwhile, down in the DR in Studio 2, Lee Fields and The Expressions were moving and scolding their hot buttery soul review for a younger, more energetic audience.

Eccentrics rock and folk have also found their place in the program, including American musician Howe Gelb from Giant Sand who has lived in Denmark for some time and is always welcome when he returns. English folk experimenter Mike Cooper has been making records since the 1960s, and he brought his unusual one-on-one multimedia show to the Loco Nights series at the Christahvens Beboerhus Cultural Center. British MOBO award winners Sons Of Kemet will perform on Tuesday evening, mixing their unique jazz aesthetic with elements of rock, African and Caribbean folk forms.

Among the most notable Danish talents would be jazz guitarist Jakob Bro, who will perform tracks from his latest ECM album “Returning” with trumpeter Palle Mikkelborg, Norwegian drummer Jon Christensen and American bassist Thomas Morgan. Hess / AC / Hess is also recommended with pianist Nikolaj Hess, his brother Mikkel Hess on drums and double bass player Anders “AC” Christensen. They host a late night jam session every night at the Cava Bar and perform several times during the festival.

Rather than being concentrated in a single district, the CPH Jazz Festival is spread throughout the Danish city, offering performances in elegant theaters, concert halls, outdoor stages, cafes, restaurants, museums, parks, seaside resorts, hotel bars and a host of authentic jazz clubs.