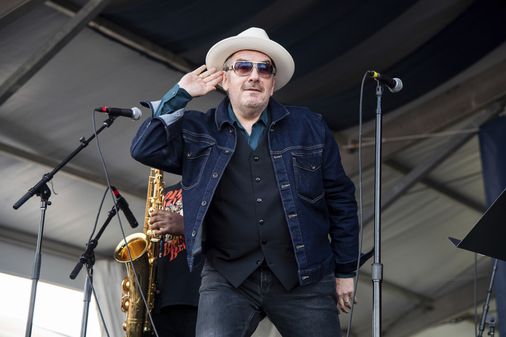 Get the Big Task

Your guide to staying entertained, from live shows and outdoor entertainment to what’s new in museums, movies, TV, books, restaurants and more.

The guitar windmills have been toned down, half the original band gone, the other half – Peter Townshend and Roger Daltrey – are well over 70. But WHO still sounded like The Who, with Zak Starkey on drums, Pete’s brother Simon on guitar, bassist John Button, two keyboardists and a band. It’s a compliment to the hybrid band they delivered on the enduring appeal of their songs. They released a hit-heavy 15-song set, featuring “Who Are You”, “You Better You Bet”, “Love, Reign O’er Me”, “Substitute”, “Join Together” and “See Me”. . Feel me. “Won’t Get Fooled Again” had the right energy even though it wasn’t as loud as the original. The iconic “Behind Blue Eyes” was a little understated, but by the time the classic “Baba O’Riley” closed the set, it was hard to remember the band’s few slip-ups. (TD Garden, May 18)

A last-minute replacement for the Foo Fighters, the Hot red peppers invited the widow and family of late Foos drummer Taylor Hawkins to be part of their “celebration of his life and his music”. Dave Grohl was also present. Chad Smith had a falcon emblem on his bass drum with “Taylor” inside as he pounded the band’s tight rhythms. For the other half of the Peppers’ rhythm section, Flea’s bouncy, bobbing basslines both propelled and held the Peppers’ songs together. John Frusciante, in his first gig with the band, released soulful super-riffs behind Anthony Kiedis’ rat-a-tat vocals on a slew of tracks from the new album “Unlimited Love.” The RHCP set included ‘Californication’, ‘The Zephyr Song’, ‘If You Have to Ask’ and ended with ‘By The Way’. (Fenway Park, September 10)

The thousands of fans who crammed the pitch onto the festival stage for the Red Hot Chili Peppers missed out on one of the festival’s most majestic sets in the jazz tent, par Terence Blanchard & E-Collective with the Turtle Island Quartet. The show highlighted tracks from the band’s album “Absence”, inspired by Wayne Shorter. The set was dedicated to the late Ellis Marsalis and featured beautiful jazzy big-band instrumentals that were boosted by Blanchard’s trumpet, while Turtle Island provided a cherry of sweet, laid-back strings. The Turtle Island Quartet’s charming neoclassicism earned its own solo spot and garnered a standing ovation halfway through. Then the collective blasted through passages of modern jazz with great guitar and drum work to finish with another standing O. (Mass MoCA, North Adams, August 26)

Elvis Costello, who has a great affinity for N’awlins, and his band the Imposters thundered out of the Gentilly Stage like a fancy ’60s garage band. Costello is such a good songwriter that there’s no downfall during his shows; new tracks instantly sounded like old favorites. With Charlie Sexton on lead guitar and swamp pop heroes Tommy McLain and CC Adcock sitting in for a few tunes, the set included “Watching the Detectives”, “Penelope Halfpenny”, “Allison” and “Wake Me Up” before moving on. finishing with the one-two punch of “Pump It Up” and Nick Lowe’s gem “(What’s So Funny ‘Bout) Peace, Love and Understanding.” (Leader Bank Pavilion, August 15)

dumpstaphunk Keyboardist Ivan Neville’s hard-hitting soul and funk fusion band from New Orleans, featuring two elite bassists, Tony Hall and Nick Daniels, continued to pump up their stage energy while modernizing the family R&B grooves of old school of the Meters with a rhythm and a melody on the guitar. . After a bristling bass duo intro, the band launched into the ever-stomping tunes “Dancin’ to the Truth” and “Justice.” “We want people to dance and be inspired at the same time,” Neville said. The band peppered the rest of their set with improvisations and skilled tracks from their roaring “Where Do We Go From Here” album, as well as solid renditions of Sly and the Family Stone’s “Stand” and a version of “Best of Foo Fighters”. You” in tribute to Taylor Hawkins. (Appearing with Trombone Shorty’s Voodoo Threauxdown, Hampton Beach Casino, Hampton, NH, June 10; Leader Bank Pavilion, June 11; Bold Point Park, East Providence, RI, June 17)

The Cowsills took us back to the 60s with a mantra of peace and love, something we could all use a little more nowadays. And the happy faces and swaying bodies in the crowd made it clear that we were happy to be with us on the journey. The band’s sparkling multi-part vocals carried chestnuts like “The Rain, the Park, and Other Things,” “Indian Lake,” and the theme to “Love American Style.” The Rhode Island natives rocked up to the present day with a few snippets of “Rhythm of the World,” due out in September. They also covered the Hollies, Crosby, Stills & Nash, Simon & Garfunkel and the Four Tops as a sharp nostalgia band, ending with their hit “Hair”. NOLA resident Susan Cowsill played her own set at the Fest, a lovely slice of tunes that showcased the emotive grit underlying her angelic vocals. (Participation in the “Happy Together” tour at Lowell Memorial Auditorium, June 12; Calvin Theatre, Northampton, June 18; Lynn Auditorium, June 19; Cape Cod Melody Tent, June 21; South Shore Music Circus, June 22; Hampton Beach Casino , Hampton, New Hampshire, June 26)

With a horned big band behind him, PJ Morton, a NOLA singer-songwriter-producer known to many as the keyboardist of Maroon 5, continued to expand his R&B, hip-hop, gospel and jazzy visions. Her self-produced new album “Watch the Sun” provided much of the set list for her soulful, soulful appearance at Jazz Fest. Songs included ‘On My Way’, ‘My Peace’ and a particular favorite, ‘New Orleans Girl’. Morton also led the crowd in the “greatest choir competition of all time”. (Newport Jazz Festival, Newport, RI, July 31)

Presented for the first time at the Jazz Fest thanks to its cultural exchange program, the Nigerian guitarist Bombino (Oumara Moctar) is known as the “Sultan of Shred”. With his exotic blend of nomadic Taureg traditions with Tamasheq vocals, flamboyant guitar work and influences ranging from Hendrix and Mark Knopfler to Delta blues, Bombino’s genre repertoire was utterly satisfying. He lifted the roof off the Jazz Tent with another electrifying performance. (The Sinclair, Cambridge, June 10)

Violinist David Greeley joined Steve Riley and the Mamou Playboys for a hot set of Cajun-Creole, squeezebox, two-step antics, with Riley’s 12-year-old son Burke on drums. Riley and his accordion have long been reliable regulars at Jazz Fest and the annual Rhythm & Roots festival in Charlestown, RI, which returns for its 24th year over Labor Day weekend. Rhythm & Roots is a mini Jazz Fest of sorts and offers a taste of what the parent event is all about. (Rhythm & Roots Festival, Charlestown, RI, September 3-4)

3 reasons why you should invest in travel