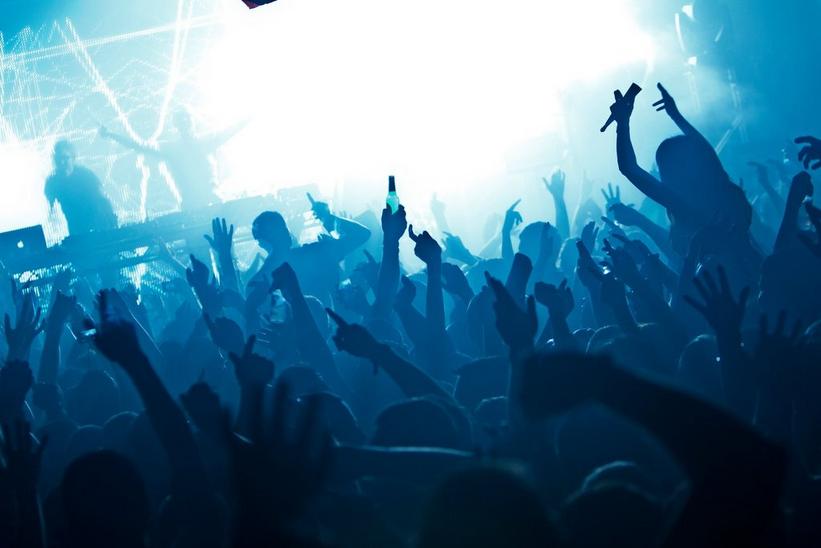 (On January 21, President Barack Obama will be inaugurated into his second term as President of the United States with a Party in Washington, DC, with performances by GRAMMY winners Beyoncé, Alicia Keys, Kelly Clarkson, Brad Paisley, Usher and Stevie Wonder, among others. This article is from the Fall 2012 issue of GRAMMY magazine and offers a brief history of notable musical performances at past presidential inaugurations.)

Being elected leader of the free world is a good reason to create the group. Since George Washington first danced a celebratory minuet after his inauguration in 1789, music has played an increasingly important role in the galas surrounding presidential inaugurations.

In 1801, Thomas Jefferson had the band of United States Marines play on his way from the Capitol to the White House after being sworn in. James and Dolley Madison threw the first official inaugural ball in 1809. Jumping to the 20th century, in 1977 Jimmy Carter invited musical luminaries like John Lennon and Yoko Ono to his inaugural ball and allowed rock and roll – or at least the Southern rock variety – to be part of his inaugural backdrop when he invited the Marshall Tucker Band and the Charlie Daniels Band to share a gig with Guy Lombardo And His Royal Canadians. (Lombardo’s band was somewhat of an inauguration ball band, having performed for seven presidents.)

Today, inaugurations are presented as both massive live public events and TV productions, with a concert featuring a roster of star talent. Musical performances at inaugurations are not only entertaining, they also help set the tone for a new presidency and bring the country together in a unifying moment of patriotism rather than partisanship.

“It wasn’t about one side or the other. We just had this overwhelming feeling of being proud to be Americans,” recalls Ronnie Dunn, formerly of GRAMMY-winning duo Brooks & Dunn . He and his then-partner Kix Brooks performed their hit “Only In America” ​​at a concert as part of George W. Bush’s first inauguration in 2001.

“Right away, you could feel it was an emotionally charged crowd, and when you’re standing on the steps of the Lincoln Memorial facing the Washington Monument, you can’t help but tear up a little,” Brooks says. “I remember there was this chaos during the big encore when all the musicians and all the presidential VIPs were on stage together. I turned around and Colin Powell shook my hand. It became one craziest photo ops ever because all the musicians and all the politicians were pulling out their cameras to take pictures of each other.”

One of the most memorable unions of political and musical star power at an inaugural gala occurred in 1993, when a reunited Fleetwood Mac performed “Don’t Stop,” a hit from their award-winning album. a GRAMMY. Rumors, for President-elect Bill Clinton. Clinton had used “Don’t Stop” as her presidential campaign theme song, but the paid live performance almost didn’t happen.

“At that point, we were as broken as we’ve ever been,” says Stevie Nicks. “When our management got the request for us to play, they said, ‘No.’ why my band couldn’t play him the president’s favorite song.” I told management to let me handle it.”

Nicks managed to convince her bandmates to hold a one-night, one-song reunion, a performance she remembers as truly outstanding.

“On the one hand, we had never seen such security,” she says. “Secret Service makes rock and roll security look like a bunch of elementary school hall monitors. But the performance was really important. It felt like we were part of the story and the song itself was becoming a piece of American history. was a fantastic night in all of our lives, and I’m so glad the band got to come together for this one.”

The Beach Boys played Ronald Reagan’s second inauguration after a somewhat confused relationship with the White House. The band had headlined a series of 4th of July concerts at the National Mall until 1983, when US Secretary of the Interior James Watt accused the band of attracting “the wrong element” and booked Wayne Newton in their place. Watt later apologized, and the Beach Boys were reinstated and invited to play Reagan’s inaugural gala in 1985.

“What I remember most about that night was meeting Elizabeth Taylor,” said then-manager Jerry Schilling. “But I also remember being extremely proud of the band. Things had been tough for Brian [Wilson], and the band didn’t always get along. But they stood there together in front of the president and sang perfect harmony in five a capella voices on “Their hearts were full of spring.” It was a great moment – we all felt it. It wasn’t just another concert. The guys were really honored to be there and they brought it in when it mattered.”

A new musical standard for inaugural events may have been set in 2009 when Barack Obama’s presidency was launched with the “We Are One” concert. The patriotic show featured a who’s who of artists ranging from Pete Seeger, Bruce Springsteen and U2 to Usher, Sheryl Crow and will.i.am. An all-star lineup usually adds an element of all-star production, but this particular gig was unique.

“Dealing with top performers, there’s usually a lot of negotiation involved,” says Don Mischer, one of the concert’s producers, whose list of credits also includes Super Bowl halftime shows and Olympic ceremonies. “Who needs a private jet? How much is their ‘glam squad’? What kind of security do they need? In creating ‘We Are One,’ we said to each artist, ‘This is a historic moment that we would like to live of which you are a part, but you have to pay your own way and take care Security.’ Right away, people like Beyoncé and Bono and Springsteen and Stevie Wonder all said, “Yeah.” They wanted to be there. There was real camaraderie right from the start, and it turned out to be one of the greatest experiences we’ve ever had.”

While Washington’s minuet may have been all about the dance, Mischer says the music has become as potent a symbol of America as any other Inauguration Day party.

(Chuck Crisafulli is a Los Angeles-based journalist and author whose most recent work includes Going to Hell: A Passionate Underworld Story, Me and a guy named Elvis and Elvis: my witness.)

Five golden rules for getting a personal loan