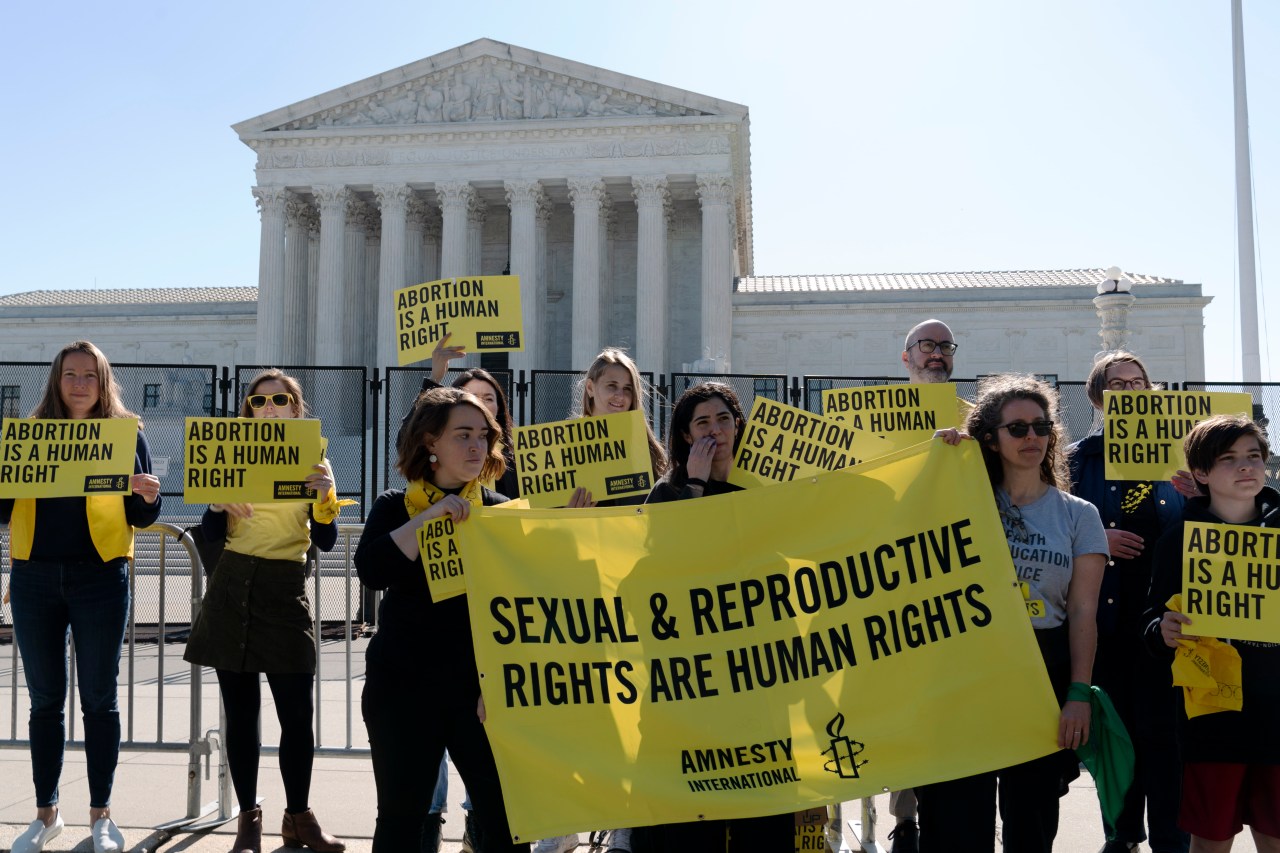 Like most states run by Democratic-vs.-Republican governors, the abortion rights landscape promises to be vastly different between Iowa and Illinois if Roe v. Wade is canceled this summer, as planned — probably illegal in Iowa, status quo in Illinois.

During Women’s Health Month and Mental Health Awareness Month, the Illinois Department of Health and Family Services (HFS) on Thursday affirmed its commitment to cover abortion care for all Medicaid clients in the State of Illinois.

As a free state of choice, Illinois is one of 16 states that go beyond federal Medicaid limits and use public funds to cover abortions for people enrolled in Medicaid, according to a statement released Thursday. . The department covers both surgical and medical abortion services.

“In this state, when we say health care is a right and not a privilege, that includes the right to make reproductive health decisions — period,” said HFS Director Theresa Eagleson. “Every woman in our state deserves full and affordable access to health care, including abortion if it’s the right decision for her. The choice to carry a baby to term is a physical, emotional and economic choice for the woman concerned and for those she trusts.

Additionally, the department issued a notice to managed care organizations (MCOs) that help administer Medicaid that they are contractually required to include information about abortion service coverage in their membership handbooks. The department instructed CMOs that call center staff and care coordinators must be prepared to answer enrollees’ questions about their coverage for abortion services, including the continuation of that coverage even if Roe v. Wade was canceled.

HFS has two programs for pregnant women regardless of U.S. citizenship or immigration status, for incomes up to 213% of the federal poverty level:

These two programs give pregnant women the care they need to stay healthy and their babies. Providers can enroll pregnant women in MPE coverage to immediately access services. People can apply for moms and babies with or without MPE coverage.

Moms and babies can get up to three months of coverage retroactively. This includes coverage for people who are no longer pregnant at the time of application, but who were pregnant at any time during the three months prior to the date of application. People covered by Moms & Babies remain covered for full Medicaid benefits for 12 months after delivery, regardless of the end of the pregnancy.

Iowa Governor Kim Reynolds was among a dozen Republican governors who signed an amicus brief in 2021 asking the court to reverse its decisions in Roe v Wade and Planned Parenthood v Casey.

On Tuesday May 3, she declared that “the right to life” is “the most important freedom”.

“As we await the Supreme Court’s final decision, our mission remains as clear as it has ever been,” she said in a statement. “We fight to defend the most important freedom there is: the right to life.

Democrat Deidre DeJear, who is running against Reynolds in the 2022 gubernatorial election, tweeted about leaked draft Monday evening May 2.

“Tonight the women of our country are angry and scared. I see you. Let this sink in tonight…because tomorrow we’re not crying, we’re going back to work to make sure every Iowan has access to health care. health and reproductive care he needs,” she wrote.

Pro Choice With Heart is hosting a “Defend Roe” rally at the Iowa State Capitol, Des Moines on Sunday, May 15 at noon.

If Roe is knocked down, the group says three things will happen:

1. Women will not have access to health care and will die and suffer permanent harm as a result of “clandestine” abortions. Restricting or making abortion illegal doesn’t stop them – it just stops the safe ones.

2. Miscarriages will be investigated. When abortion is illegal, it means that every pregnancy loss must be investigated to ensure that the “crime” of abortion did not take place.

A recent NPR article said about half of all states plan to ban or severely limit abortions in a post-Roe world.