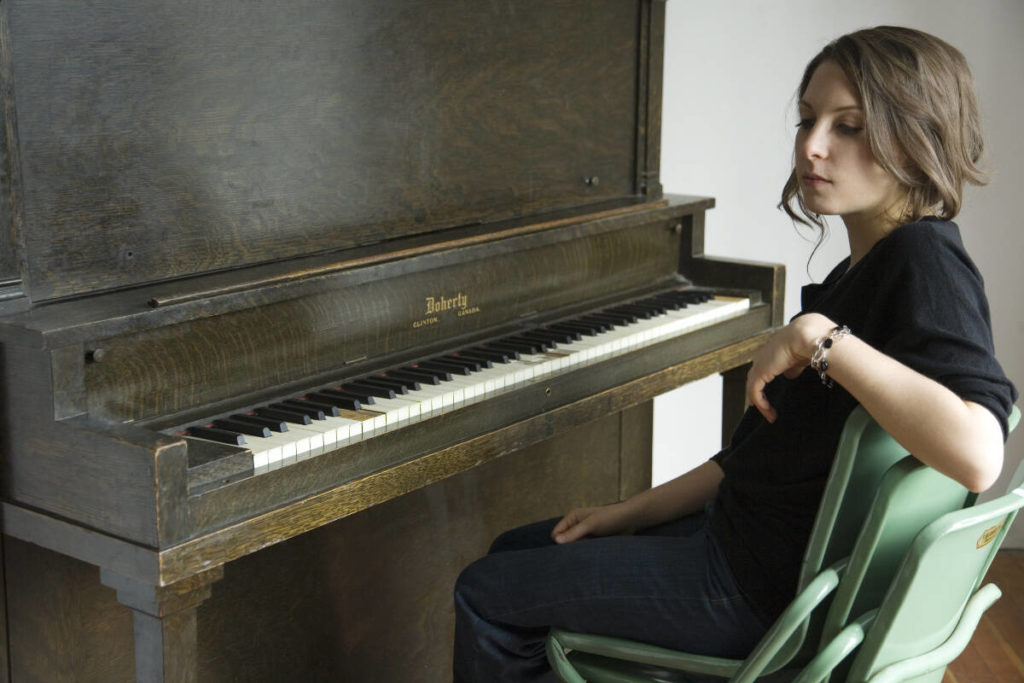 The High Standards Quartet – which plays Saturday, February 26 at 7 p.m. on site, as part of a tour of Western Canada – is led by bassist Jodi Proznick and pianist Amanda Tosoff, both conductors Juno Award nominees, under the umbrella of their music education company, Music Arts Collective.

A press release from Blue Frog, which presents the concert as part of its Canadian Music Discovered series, said the concert promises “an evening of happy, swinging jazz,” combining classic songs from The Great-American Songbook with “charming originals.”

The concert will also be filmed for later online streaming on Blue Frog TV, starting March 13.

Anglade’s work, born in a small village in the south of France and raised in Connecticut, bears the influence of gypsy jazz and the classical training of her parents.

Known for her lyrical and soulful clarinet playing, MacDonald has been described as a “powerful new voice on the Canadian stage” by Juno Award-winning bassist Mike Downes.

Her credits include a 2019 Stingray Rising Star award and a 2020 Corona International Clarinetist Competition First Prize, and she has worked extensively as a leader and backing lady at numerous venues in Toronto as well as Canadian jazz festivals. and international.

Multi-award winning bassist, songwriter and educator, Proznick – daughter of well-known former Semiahmoo Secondary jazz program director Dave Proznick – has received numerous awards, including the Western Canadian Music Award for Jazz Artist of the year, the National Jazz Award for Bassist, Album and Acoustic Group of the Year, and two Juno nominations for his CDs Foundations and songs of the sun.

She is also currently Chair of the Vancouver Symphony Orchestra’s School of Music Jazz Department and Artistic Director of the Summer Jazz Workshop and Girls’ Jazz Day.

Tosoff, who has six albums to her credit, is also a composer and teacher, and has received various accolades, including the Grand Prix de Jazz from the Montreal Jazz Festival, the Toronto Arts Foundation Emerging Jazz Artist Award – and more recently, a nomination at the Juno Awards for his album Wordswhich mixes poetry, jazz, art-song and folk.

She is also a passionate educator, faculty member at Humber College, in her own studio, and also co-artistic director of Music Arts Collective, an online music school co-founded with Proznick and arts administrator Francesca Fung, in which they share their love of music, art, learning and community through interactive workshops, conversations, videos and more.

For tickets and information on all concerts, visit www.bluefrogstudios.ca