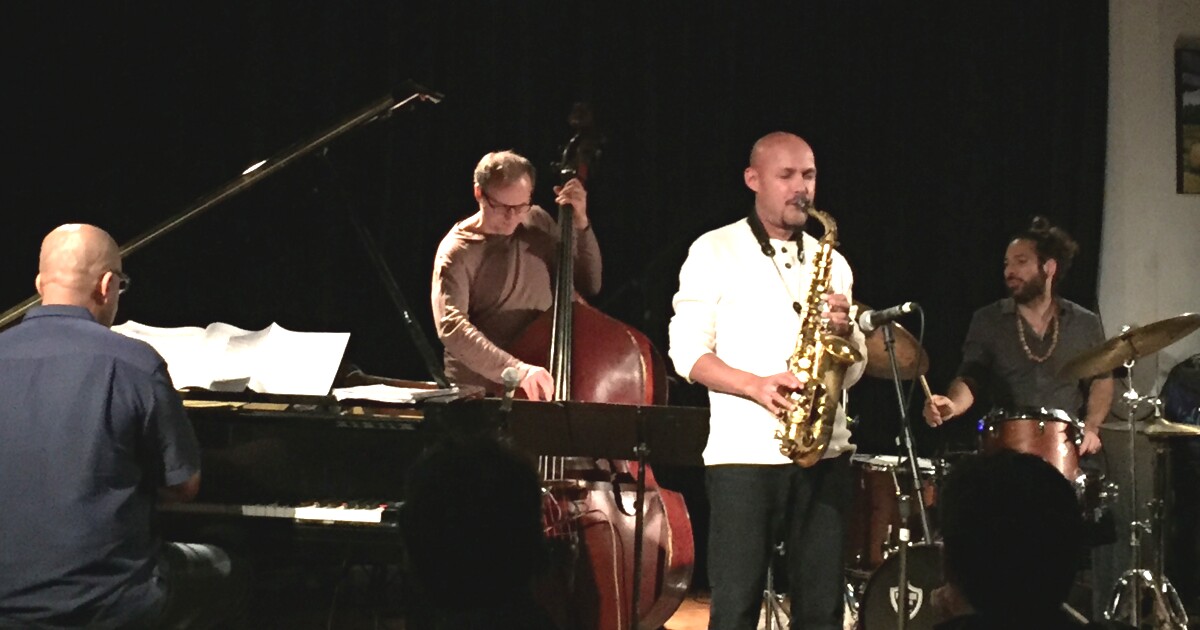 The Falcon, a community-minded arts mecca in the Hudson Valley hamlet of Marlboro, NY, has endured every type of challenge an independent venue could face over the past two years, managing better than most. Then came the passing of Tony Falco, its visionary founder, last fall. For the club and its distant but tight-knit music community, it was a devastating loss that also raised worried questions about the future.

But the fate of The Falcon is in safe and steady hands – with Tony’s son, Lee Falco, an accomplished drummer and producer who grew up with a revolving door of world-class artists in his backyard. “It’s really been a roller coaster ride, and it’s still going,” Lee says of his experience as a venue owner during our volatile moment. “It’s only the first weekend we’ve reopened, really, since my dad passed away.” He adds, “I’m just looking and trying things out, trying to be open to all kinds of possibilities with the place, and really trying to do whatever it takes to make it happen. everything continues.”

With that in mind, The Falcon has just announced Jazz Sundays, a new series in collaboration with friend and Hudson Valley resident Danny Melnick of Absolutely Live Entertainment. Beginning this Sunday with a Mardi Gras celebration featuring irrepressible New Orleans trombonist and singer Glen David Andrews, it will run through June – with a boost from funds Melnick secured through a grant for Vaulted Site Operators (SVOG), which provides emergency assistance to eligible sites affected by the coronavirus pandemic.

After attending a memorial for Tony Falco last fall, Melnick began asking Lee about the situation at the Falcon. “It occurred to me as we were discussing this, throughout the fall and winter, that I had this SVO money that I could probably contribute. And so part of my desire to get involved – knowing that I couldn’t earn money and didn’t really care about earning money – was that I was able to bring not only my contacts and knowledge, but also some money to the musicians, and sweeten the pot for them to make it all a little more exciting coming out of Omicron.

Under SVOG’s strict eligibility guidelines, The Falcon — which has made it a point to never charge admission for its shows — is classified as a restaurant rather than a live music venue. So it’s especially helpful that Melnick found the grant useful: In addition to booking Jazz Sundays, he’ll use those funds to pay each band a $500 guarantee. As has always been the case at The Falcon, performers will also receive 100% of public donations at the door.

A look at bookings suggests the same high artistic caliber and stylistic breadth that Melnick brings to the Freihofer Jazz Festival in Saratoga every summer. Among the star attractions: Trion by drummer Johnathan Blake, with Linda May Han Oh on bass and Chris Potter on saxophones (March 13); a celebration of the 82nd birthday of tenor saxophonist Lew Tabackin (March 27); an album release show for the Michael Leonhart Orchestra The Norman Suites (April 3); and another album release show, for Jeremy Pelt’s Soundtrack (April 24).

Next weekend’s offering will be Universal Spirits Ensemble by Tim Ries, named after his 1998 album on the Criss Cross label. “So far, we’ve only performed live with this band at The Carter Center for a speech given by President Carter: A Time For Peace,” says Ries, a saxophonist widely known for his association with the Rolling Stones. (He adds in an email that the band are busy rehearsing this week in preparation for the gig.)

For Melnick, who moved to the Hudson Valley over the past decade, Jazz Sundays is not only a sign of support for The Falcon, but also a tribute to the example set by Tony Falco. The implications of this move are not lost on Lee, who often worked with Melnick’s wife, singer-songwriter Bari Koral.

“To me, continuing in my dad’s spirit is kind of a bigger picture,” says Lee. “And so many people in the community love my dad and have reached out and are ready to help, and I feel very supported. And I haven’t felt that more than with Danny and his help here. It’s special, and it’s really appreciated right now.

Below, find the program of Jazz Sundays. See The Falcon for more information.