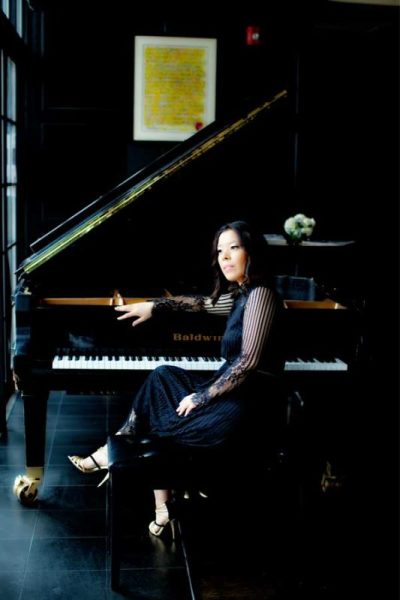 Some of jazz’s most exciting rising stars will perform at JazzFest White Plains this fall.

This year’s headliners include the Joey Alexander Trio; the Buster Williams Quartet “Something More”; Grace Kelly and Ragan Whiteside and her friends. Performances are scheduled between September 14 and 18 and will take place on downtown streets and at venues including ArtsWestchester, Grace Episcopal Church and the White Plains Public Library.

“Since its origins at the end of 19andcommunities in New Orleans over the past century, jazz has been a source of new ideas in American culture and has inspired musicians around the world,” said Janet Langsam, CEO of ArtsWestchester. “JazzFest celebrates the genre’s glorious history of innovation while showcasing today’s exciting artists for a glimpse into the future direction of jazz.”

Three-time Grammy-nominated pianist Joey Alexander is a pianist, composer, and bandleader. Alexander is considered one of the most emotional and compelling pianist-composers active on the scene today, including as the youngest artist ever nominated for a Grammy Award in a jazz category.

An unequivocal musical prodigy, singer-saxophonist-songwriter and bandleader Grace Kelly has rocked the jazz world with sold-out concerts, 13 acclaimed albums and a resume that includes performances at the Hollywood Bowl and in the part of the house band for “The Late Show with Stephen Colbert” – all before reaching his mid-20s.

Flutist, singer and songwriter Ragan Whiteside is currently taking the world of contemporary jazz by storm. Whiteside, a native of Mt. Vernon, was introduced to music in elementary school, where she played drums, piano, and violin. It was a desire to be in the marching band that put the flute in his hand at the age of eight. With its unique style and soulful vibe, this triple threat brings the flute back to center stage.

White Plains Mayor Thomas Roach said, “We are delighted to be working again with our partners ArtsWestchester and the White Plains Business Improvement District to deliver JazzFest White Plains. This flagship White Plains event features world-class jazz musicians representing a variety of styles of this powerful art form. The multi-day event brings excitement to downtown White Plains, attracting many eager to experience the tunes of these exceptional musicians.

Brittany Brandwein, Director of White Plains BID, said, “JazzFest White Plains has been a staple in our community for over a decade, even in the past two years. This shows that the arts are a key testimony to the vitality of our downtown.

For a full festival program and to purchase tickets in advance, visit artsw.org/jazzfest.

For over 50 years, ArtsWestchester has been the link between the community and the arts. Founded in 1965, it is the largest private, nonprofit arts council in New York State. Its mission is to provide leadership vision and support to ensure the availability, accessibility and diversity of the arts. ArtsWestchester provides programs and services that enrich the lives of everyone in Westchester County. ArtsWestchester helps fund concerts, exhibitions and plays through grants; brings artists to schools and community centres; arts advocates; and builds audiences through various marketing initiatives. In 1998, ArtsWestchester purchased the nine-story neoclassical bank building at 31 Mamaroneck Avenue, which has since been transformed into a multi-purpose resource for artists, cultural organizations and the community. A two-story gallery is located on the first floor of the historic ArtsWestchester building on Mamaroneck Avenue.