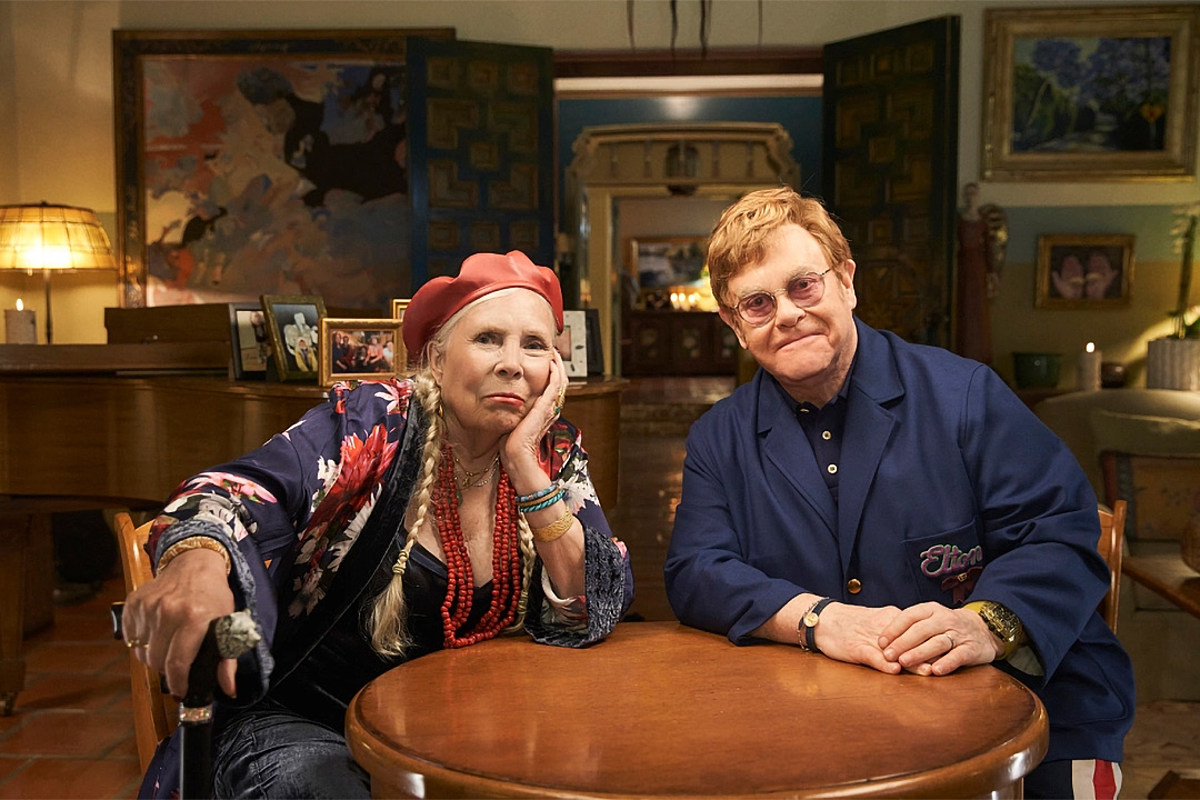 Joni Mitchell looked back on her early career and suggested some people felt “nervous” about her notoriously honest and introspective approach to songwriting.

In a new interview with Elton John on his Rocket Hour show on Apple Music 1, she also confirmed that there are plans to release a recording of her unannounced performance at the Newport Folk Festival earlier this year.

“At the time… I suffered a lot of criticism – people thought it was too intimate,” Mitchell told John of his formative years. “I think it upset the male singer-songwriters. They would say, ‘Oh no. Do we have to bare our souls like this now? I think it made people nervous. But she maintained that things had changed slowly over time. “It took this generation – they seem to be able to deal with these emotions more easily than my generation,” she said.

Mitchell also reported that she did not rehearse for the Newport show, during which she had to consider the effects of the brain aneurysm she suffered in 2015. “Didn’t have any,” said she said of pre-show preparations “We just winged it.” She went on to explain why she didn’t sing during her performance of “Just Like This Train,” saying, “I couldn’t sing the key. I went alto. I’m not a soprano anymore, so I don’t. couldn’t sing the song. I thought people might feel relieved if I just played the guitar part – but I like the guitar part of this song. So anyway, it was very well received, at my greatest pleasure.

Asked about releasing the performance as an album, Mitchell replied, “Yeah, we’re trying to get that out.” But when John suggested she go back into the studio and record new music, she avoided answering. She recently announced her first sold-out concert in decades, which is set to take place in June 2023.

From Bob Dylan and John Lennon to Joni Mitchell and Billy Joel.

How to avoid falling back into the debt trap