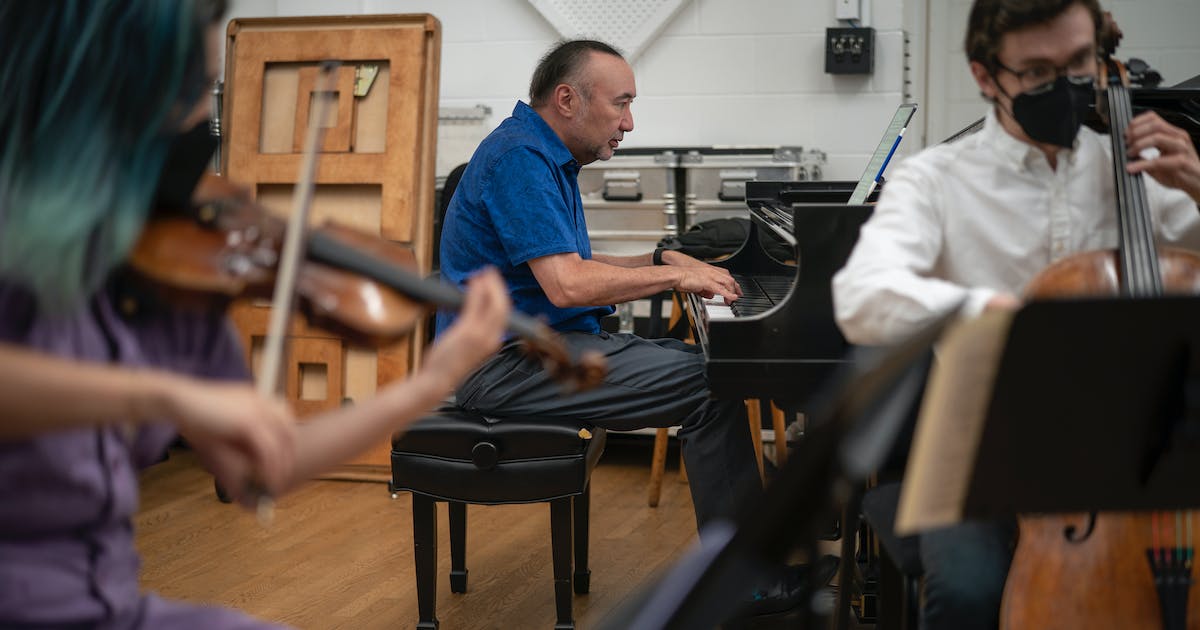 It was an unusual response to a job offer.

” Really ? Are you sure you don’t want a conductor?

So said pianist Jon Kimura Parker when the Minnesota Orchestra asked him to become its artistic partner for the summer program. After all, the conductors had overseen decades of the orchestra’s Sommerfest concerts. But Parker was assured it would be a team effort.

“The artistic advisory board is amazing,” Parker said of the programming committee, made up of orchestral musicians. “I feel like I’m not going to make a decision that the orchestra won’t like.”

The offer came in 2019, and Parker happily accepted. But his first summer at the helm was to be 2020, and the pandemic scuttled most plans, including celebrating the 250th anniversary of Beethoven’s birth with several concerts of the composer’s music. In 2021 the summer concerts were again ready for the public, but spread out over the summer.

While the Sommerfest moniker has been retired, “Summer at Orchestra Hall” will bring much of the festival vibe back to the south end of downtown Minneapolis, starting Friday night and running through August 7. The fountain flows again in the adjoining hall. tiered park, Peavey Plaza, and audiences relaxing adjacent can enjoy pre- and post-concert food and drink while listening to local musicians performing jazz, blues, folk, and world music .

It’s the kind of atmosphere Parker craved when he took the job. And now he will live two more summers out of it, as the orchestra announced on Wednesday that his contract had been extended until 2024.

“The one thing I remember very clearly from Sommerfest in the 90s was the energy,” Parker said from his summer home on Orcas Island, just south of his hometown of Vancouver, Colombia. -British. “Besides being played in the orchestra’s home room, which made it very different from the summer concerts of other major orchestras, it was Peavey Plaza. There was a lot of activity, and c It was more summery and the programs were a bit more relaxed in terms of content.

“So maybe I have some nostalgia for it because I was in it for so many years,” he said. “As far as programming goes, the only thing I brought from there was the Grand Piano Spectacular, because I just thought it was so awesome.”

Three Beethoven symphonies will be performed over the four weekends of the festival, in addition to Parker performing solo on the composer’s third piano concerto on Friday night and the “Moonlight” sonata on July 22 and 23.

“Yeah, we have Beethoven in several programs, but I thought variety would be really key in the context of Beethoven,” Parker said. “For example, we honor the idea of ​​the ‘Pastoral’ Symphony [July 22-23] by having other works on the same program inspired by nature.”

Collaborations with other local artistic groups are also part of the program. Saturday’s International Music Day offers 12 hours of free music on five stages in and around Orchestra Hall, culminating with the full orchestra performing its first Peavey Plaza concert since 2008.

“Now that Peavey Plaza is revitalized, we can do outdoor shows,” he said. “We can collaborate with the City of Bells on ‘The Great Gate of Kyiv’. We are going to have five churches with bells ringing simultaneously, I can’t wait, I’ve never experienced that.

“And these collaborations with various bands around the Twin Cities are going to be great. Back in the pre-Zoom era, we had a day where we had to go into the Orchestra Hall atrium because there were so many world. We had the BRKFST Dance Company, the Moving Company, Heart of the Beast [Puppet and Mask Theatre]other dance groups, the painter Jimmy Longoria was there.

“I was kind of jumping from table to table and having conversations with everybody about: how can what you do and what we do have a meeting point? And that was the start of all these collaborations.”

Parker gave much of the credit for the imaginative programming to Kari Marshall, director of artistic planning for the orchestra, and Grant Meachum, director of “Live at Orchestra Hall”.

“It’s a very complicated dance between program ideas, guest soloists, guest conductors, guest composers, everything,” Parker said. “And we go through a really critical musical director search. The guest conductors – even though it’s above my pay to know who’s running right now – some of them probably are. . So you want to give them a chance to shine.”

This all adds up to a very busy four weeks.

“But it’s very busy. … It’s busy in a positive way that you just feel like everything’s going to work out. And everyone’s on your side,” Parker said. “I just feel like the collective esprit de corps of the orchestra is so positive, so encouraging and so eager to make things work. I feel very energized by that.”

Summer at the Orchestra Hall

With: The Minnesota Orchestra.

When: From Friday to August 7.

Rob Hubbard is a classical music writer from Twin Cities. Contact him at [email protected]