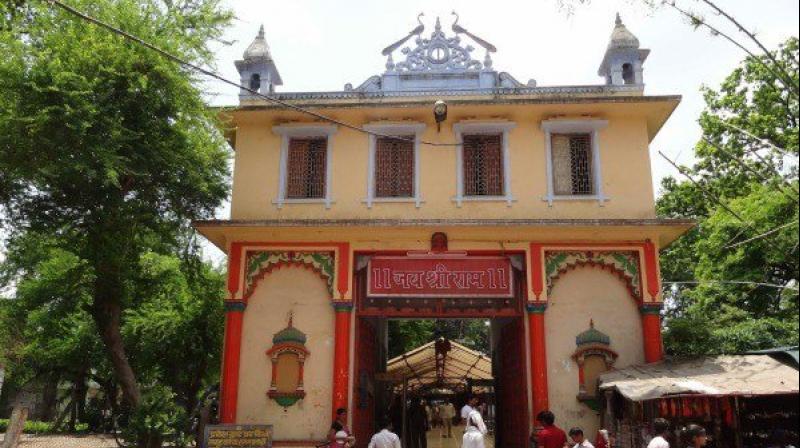 Hindu belief has linked the classical music tradition to gods and goddesses – the rudraveena is said to have been created by Lord Shiva himself, another veena was named after Devi Saraswati, the bansuri is associated with Lord Krishna and the legendary Lord Hanuman was apparently an accomplished rudraveena and pakhawaj player.

Sankat Mochan Hanuman Temple in Kashi, believed to have been established by Goswami Tulsidas himself in the 16th century, maintains the tradition of pleasing Lord Hanuman through music. An annual musical celebration has been held within the temple grounds for decades, commemorating Lord Hanuman’s lunar birthday, with musicians from around the world invited to present their music to the deity for free during nightly musical sessions. Dance performances were also permitted; the style of music is eclectic and the offering includes classical and devotional music. Performers as varied as American jazz artist George Brooks, percussionist Sivamani, Pakistan’s ghazal king Ghulam Ali, bhajan maestro Anup Jalota, playback singer Kavita Krishnamurty, American Ustad Aashish Khan and “Nightingale of the South” Bombay Jayashri all performed their “haazri” at the temple.

Performing at the temple is not easy – recitals are interrupted by temple rituals at midnight and dawn. The heat is immense; the temple lacks soundproof green rooms and other amenities that top musicians take for granted – an anonymous and somewhat anxious Ustad is remembered a few years ago as he pushed his way between the cows attached almost to reach his vehicle! (Cows are now at stealth distance!!)

Keeping to performance time slots is a challenge. The enthusiastic public sometimes refuses to let their favorite artists leave the stage for the next artist! A fulminant Padma Vibhushan Dr Sonal Mansingh is remembered performing alone without her co-artists, as they had to leave to catch the train home for the next concerts. His performance timing had been messed up when Padma Vibhushan Pt Shiv Kumar Sharma decided to play another short piece, which required his 100 string santoor to be retuned.

The proximity of the public, too, can be disconcerting. The performers are literally only a few feet away, and with typical Banarasi recklessness, they are quite capable of audibly pronouncing “bhai, jama nahin” much to the chagrin of the performer! On the other hand, the loud and catchy cries of appreciation of “Har Har Mahadev” with raised hands far outweigh applause or standing. As the late Pt Rajan Mishra once observed: “In India we clap to drive away the crows; it’s not a traditional gesture of appreciation.

At this year’s five-night festival, Chennai’s first performer Deepika Varadarajan said, “The energy from the audience was wonderful. In the South, we are used to performing in temples, and there is probably another type of energy. But here in Kashi, unlike temple concerts in the South, the audience is stationary, immobile and not fleeting. They only sit to listen. It’s a wonderful experience.

For many artists, it’s a time to relax and unwind in each other’s company. Music festivals today are very structured; and staying beyond his performance time is not encouraged by the organizers. No such consideration applies to “Baba’s Darbar” – Pt Jasraj used to stay for the duration of the six-day festival in the temple’s guesthouse with his entourage of disciples. Artists enter the temple to hear each other; stay up all night sometimes. Sometimes they even leave the city to give other concerts, then come back to Varanasi for a concert two days later! In this edition of the festival, young tabla exponent Ishaan Ghosh from Mumbai performed as accompanist, then returned two days later to play a solo with his father Pt Nayan Ghosh!

Musical “addas” take place at the Diamond Hotel throughout the day and night; one can also hear the sounds of a rigorous ‘jhala’ sitar played at 3am behind a closed hotel door, as the artist had no other free time for ‘riyaaz’. “You can’t take Sankat Mochan’s audience for granted; many understand the music very well,” said sarodist Biswajit Roy Chowdhury who has been a regular since 1978. “Being accompanied by the best tabla or pakhawaj performers is another unique feature of this festival. I cherish having played with so many legends in Sankat Mochan,” he added. In fact, tabla performances are so intrinsic to the festival that British tabla maestro Sanju Sahai coincides his annual pilgrimage with the Sankat Mochan Sangeet Samaroh.

Previously, there were loudspeakers outside the temple compound as well, so the whole area almost up to Assi Ghat was ringing with music all night long. For many locals, it was a week of total change in routine – sleeping from around 8 a.m. to 3 p.m.; then get ready for the music the next night.

The somewhat chaotic arrangements of yesteryear are treasured memories. A prominent sitar player is remembered perched on a friend’s scooter, balancing his sitar precariously on his lap, and racing from the Diamond Hotel at 2 a.m. to reach the temple stage at the hour, because the vehicle sent to pick him up had been hijacked (perhaps to get Banarasi’s famous “paan” for an outstation maestro).

The combination of music, camaraderie, devotion and a shared perspective produces magic unmatched elsewhere, making the Sankat Mochan Festival an unmissable feast for the soul.