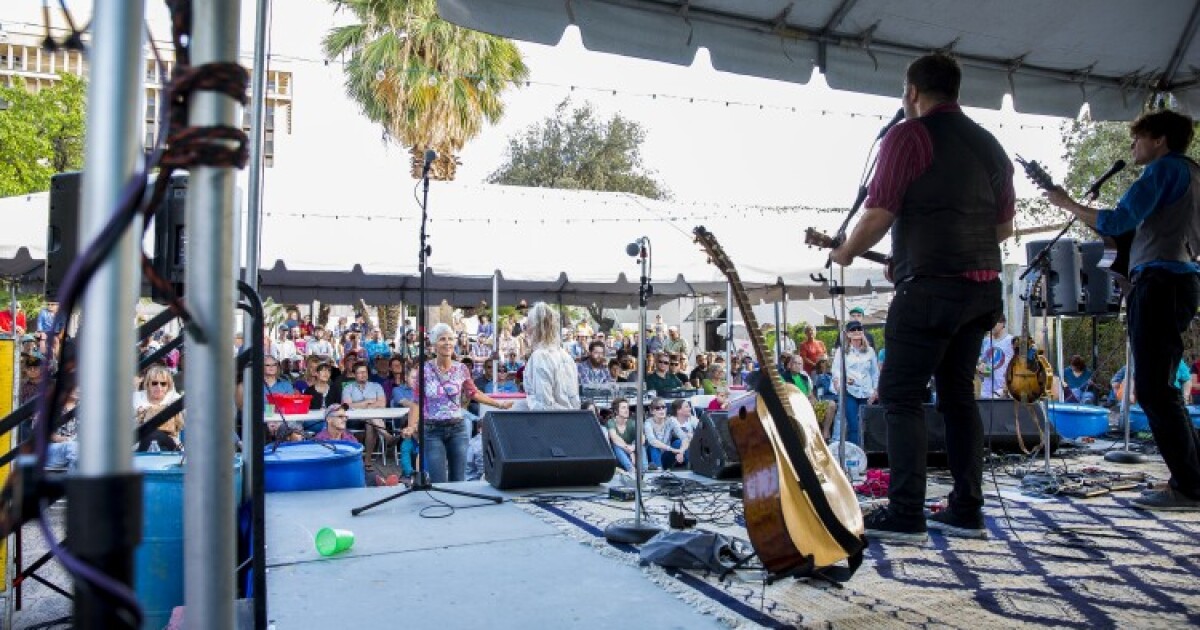 More than 100 performances are scheduled at five staging areas in downtown Tucson near Jacome Plaza from Friday, April 1 through Sunday, April 3.

The lyricists will participate in the Stefan George Memorial Songwriting Competition.

A panel of judges will examine their originality and uniqueness, song structures and arrangement, talent and overall stage presence.

The Roger Mikulas Young Artist Showcase, presented by Bookmans, is also open to anyone 18 years of age or younger.

It features some of Tucson’s youngest and most up-and-coming musicians on the Wildflower Stage on Days Two and Three.

Thanks to grants funded by the federal COVID relief program, event organizers describe this year’s celebration as the largest since the festival began.

——-
Caleb Fernandez is a digital content producer for KGUN 9. Born and raised in Southern California, Caleb has always had an affinity for creative collaborations. After earning his bachelor’s degree in advertising/public relations at Pennsylvania State University, Caleb went straight to New York where he learned the necessities of production assistance, photography, and art direction. Share your story ideas and important issues with Caleb via email [email protected] or by connecting to LinkedIn, instagramand Twitter.