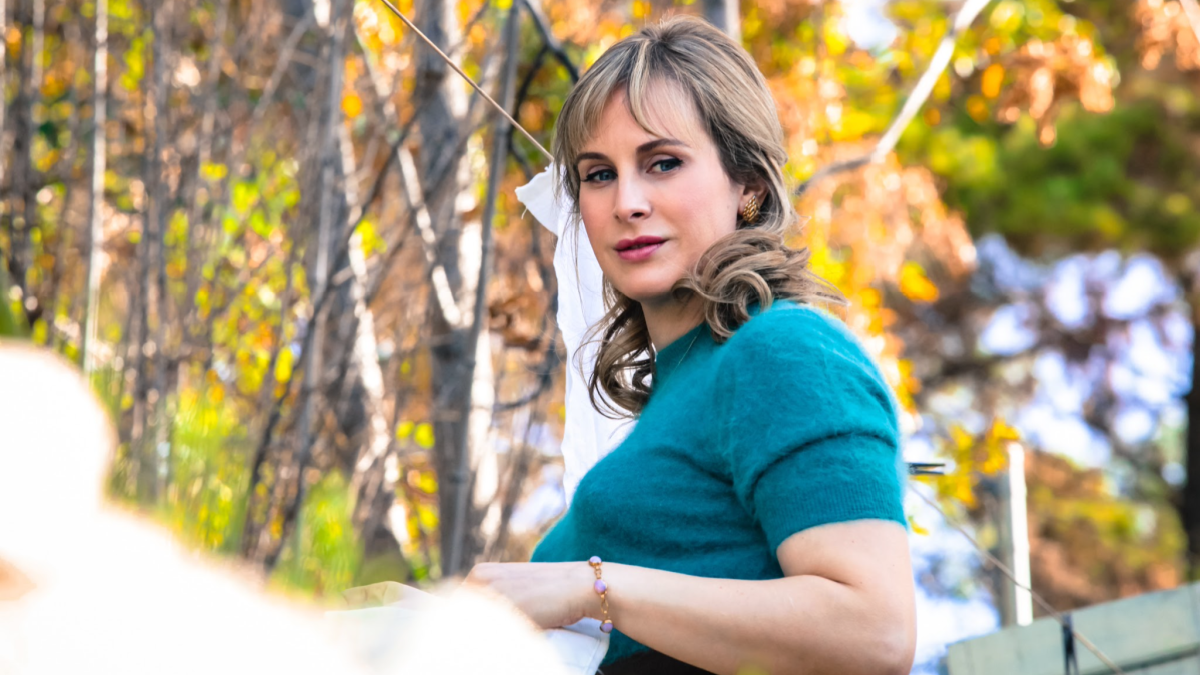 Trans artists and scholars bring history into the present

“Anyone who wants to foresee the future must look to the past,” Machiavelli noted, and while “Framing Agnes” digs into the archives for a look at the lives of transgender people in post-war America, director Chase Joynt uses these case histories from the past to elicit fascinating and provocative insights into how trans people live today.

As with “No Ordinary Man,” the portrayal of trans jazz musician Billy Tipton that Joynt co-directed, this is a documentary that constantly breaks the fourth wall, with camera angles that show the boom mics. and the markings on the floor, where the black-and-white images of actors performing interview transcripts will be cut into color images of the performers and director conferring on syntax and motivation.

Rather than serving to distract or distance, however, Joynt’s cinematic style accentuates Machiavelli’s observation that we can only know ourselves, as individuals or as a community, if we can understand our historical predecessors. . Here, performers bring real, unnamed characters from the past to life while sharing insight into their own 21st Lives of the Century, examining the ways in which trans people in the United States have, and have not, moved forward.

Like Freud’s Dora, the titular Agnes is a figure whose identity is lost to history but who nonetheless had a huge impact in medical and sociological circles. She was one of many subjects in a UCLA gender study conducted by Harold Garfinkel in the 1960s. She became infamous in some academic circles for misleading Garfinkel and his peers about the details of her life so that she could meet the discriminatory standards of the time to undergo gender confirmation surgery. What some earlier scholars called duplicity, many contemporary trans activists now celebrate as an act of working out an oppressive system for their own survival.

Actress and filmmaker Zackary Drucker (who recently produced HBO’s “The Lady and the Dale”) plays Agnes, with Joynt as Garfinkel. The director stages these interviews not in a clinical setting, but as a television program modeled on “The Mike Wallace Interview”, broadcast from 1957 to 1960. The segments of the talk show are shot by Aubree Bernier-Clarke in the boxy monochrome of early television, so we know the performers are in character.

Speaking as themselves, Joynt and Drucker discuss the importance of the talk show in the cultural history of trans people, from the exploitative daytime shows of the 1990s (which nevertheless provided a level of visibility) to the legendary formation of Katie Couric by Laverne Cox on trans issues in 2014.

Agnes wasn’t the only person interviewed in the Garfinkel Archive, so we have Angelica Ross, Jen Richards, Silas Howard, Max Wolf Valerio and Stephen Ira piecing together the transcripts of other trans women and men while sharing their personal experiences with Joynt. (Scholar Jules-Gill Peterson does not describe any of the subjects of Garfinkel’s study, but provides valuable insight as a trans scholar and archivist.)

The combination of past and present makes “Framing Agnes” much richer and more challenging than it would have been had it focused solely on either. The inclusion of Georgia, the only black subject in the UCLA study, allows for conversations about how race and class factors are key elements in any discussion of homosexuality, and contributions to Angelica Ross’s first person certainly underscores the understanding that the trans community is not a monolith. Each participant brings their artistic and/or academic experience to create an empathetic and insightful look at a community that constantly fights for the right not only to live, but also to explain themselves on their own terms.

Joynt, Peterson, and Ira clearly speak a running doctorate, and there are times when their conversations threaten to delve too deeply into academic rhetoric, but the film never goes too far in that direction, always keeping the participants knowledgeable (d ‘themselves and from Garfinkel’s Subjects) front and center.

“Framing Agnes” is done with skill and care, making the most of its budget. Costume designer Becca Blackwood curates vintage clothing that is both period-specific and perfectly suited to the personality of each interview subject. (The actors also make excellent clothing choices; when Ross refers to “the hunter and the lion” — referring to the perspective from which trans stories are told — the moment is underscored by his camouflage jacket, with a hint of orange safety liner peeking through his cuffed sleeves.)

This is a documentary about people talking, but Joynt and collaborator Morgan M. Page keep this conversation lively (with the help of editors Brooke Stern Sebold and Cecilio Escobar) and loaded with ideas. Much like the UCLA interviews that inspired it, “Framing Agnes” is an essential part of the historical record, addressing trans life as we know it now and providing a deeper understanding for current and future viewers.

[COLUMN] Achieve freedom by getting rid of your mountain of debt —