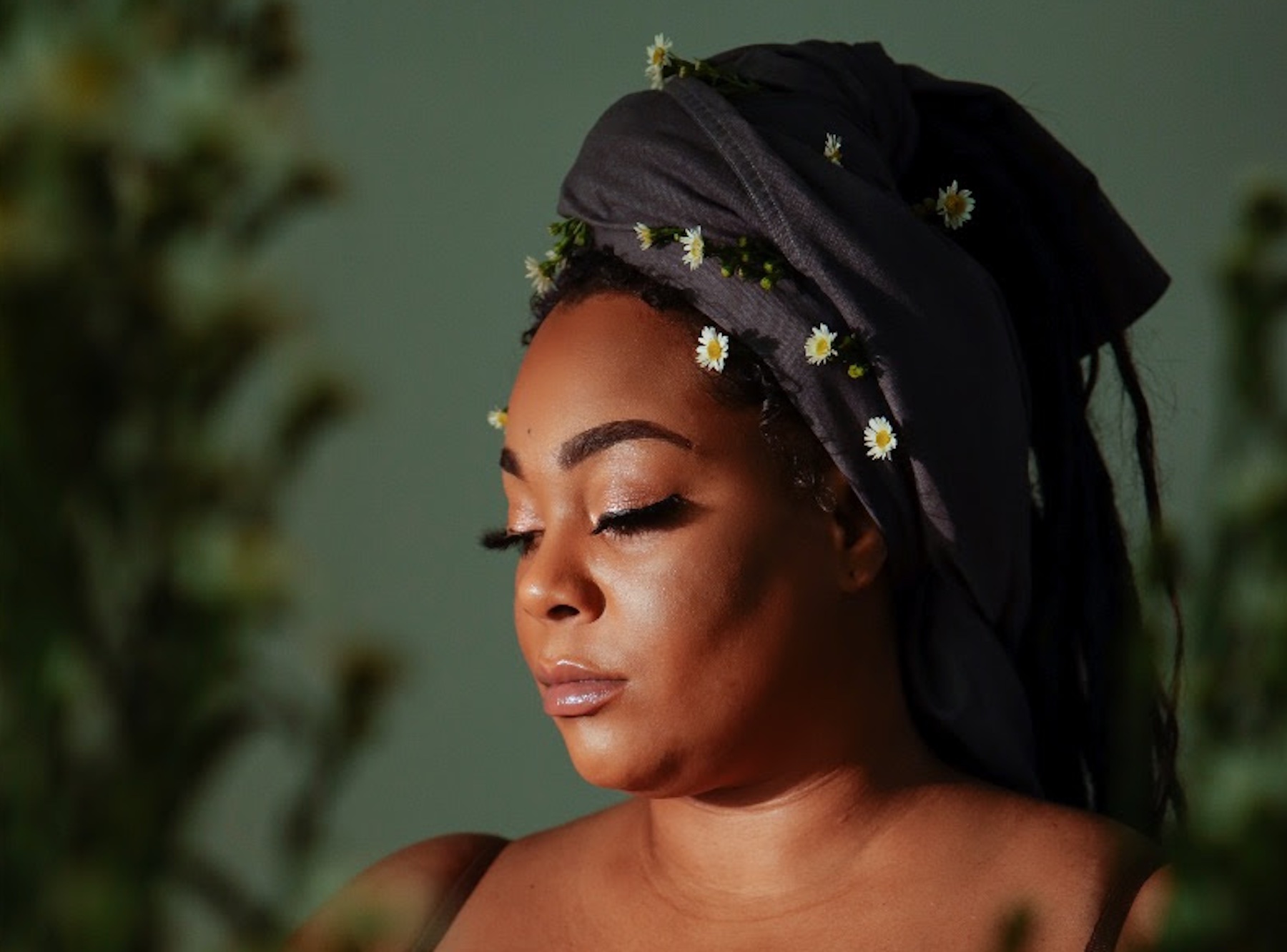 Under the Stars: Molly House, Monophonics, more artists to support directly this week

Under the Stars is an almost weekly column that features new music releases, upcoming shows, and a number of other adjacent items. We continue to evolve with the changes, thinking outside the margins, rolling our Bandcamp’s Friday Pick in this week’s edition (buy music on Fridays and the platform waives its fees for artists). We are delighted with the announcement of the return of Detroit Movement live festival this year, at Hart Plaza, May 28-30 (SF still represents at this gathering) You can check out Carl Craig b2b with James Murphy, Jeff Mills, Eris Drew and Octo Octa to name a few some. We also can barely contain our excitement for the upcoming E Live and Tall Tee performance on April 9 at Funk Sweater to The Knockout, but first…

On their stunning debut album A song for Paul, New York psychedelic band Ghost Funk Orchestra have found a new portal to Williams S.= Burrows’ “cut-up” method, scoring brassy horns to maneuver through stoner rock, lounge, jazz and funk . Sometimes the 11-piece outfit turns into the best version of a psych-rock band that has become obsessed with rhythm and captivated by cinema. The first song from this album, “Walk Like a Motherfucker”, followed this same march.

While I’m not sure the whole set will appear on Zeitgiest for their March 31st show, I can almost guarantee that when they actually get into “Walk Like a Motherfucker” people in attendance will be saying this shit with a cadence by Jules Winnfield. Asshole.

Opening the show will be New Jersey outfit The Jack Moves, known for their distinctive take on East Coast R&B and soul. Not only is this band Sweater Funk approved, but when you hear “Somebody’s Watching You,” the first single from their soon-to-be-released third album, it’s like you’re in the throes of one of those sweaty sets that only those -ci record -DJ fools can muster.

It’s a complete show, from start to finish, not to be missed. It starts at 7 p.m. and it’s free. More info here.

BANDCAMP CHOICE OF THE MONTH

RGL, “It’s not there” from Ashigakari EP Vol 1

Tokyo-based producer and member of the Cosmopolyphonic collective, RGL, has built a solid reputation for a decade now by making the complex seem easy going; Connecting house, bubbling techno and boogie elements, noiselessly. For a quick catch-up, go bask in 2018’s still excellent three-track slapper from an EP, Machine Love.

“It’s Not There” is his contribution to the recent EP Ashigakari, the first release on Diskotopia’s new sub-label. Again, he arranged something so dreamy and on silence, which describes a simpler side of groove building. Don’t confuse simple with easy. It’s just streamlined. Cleaner.

Blending house tempo and techno surrealism to co-exist so lovingly, with a repeating “don’t talk, just listen” vocal on a loop throughout, until it takes over with those good goofy keyboard tracks towards the end. the Ashigakari comp is a nice mix of Japanese and international artists, but “It’s Not There” leaves us holding the bag, looking for more of that laid-back nirvana that RGL keeps knocking out of the park. Buy here.

The veteran songwriter and musician’s first true solo studio album in 20 years was built on the back of a few unfinished tracks from 1976. Known for his memorable collaborations as co-artist and producer with Gil Scott-Heron in the 1970s, Jackson racked up dap production working with Will Downing and Gwen Guthrie, recording with Kool and the Gang, Roy Ayers, Alabama 3, Sean Ono Lennon — and constantly having his brains drawn. It’s a date for so many obvious reasons.

“All Talk,” produced by Phenomenal Handclap Band founder Daniel Collás, from the upcoming It’s Brian Jackson is what you hope to hear from such time-spanning talent. Auspicious songwriting about social change, cool and steady vocal flow and that all-pervading soulful essence. A good descent with a message and a spirit that moves the brain and the buttocks. You can grab jaw-dropping edits from Swedish production assistant OPOLOPO (they feel like cocktail jaws after work, if you will) performing future boogie redirects and shuffling club-focused releases here.

It’s Brian Jackson is slated for release on vinyl, CD and digital formats on May 27. Pre-order here.

Ahead of the release of an upcoming three-song tribute EP to Sade, Bay Area-based singer MXKA and producer Frederick Melendez aka Styloive, have rebooted a Sade classic with experimental twists designed for any epicurean looking to shake it. “Sweetest Taboo” is reworked here with South African accents that align 4/4 tempos with jazz sensibilities and lounge calm, showcasing Ms. Adu’s calling card with neoteric flair.

MXKA’s singing style, alternating between English and Spanish verses, paired with Afro-Latin infused rhythms, gives the track a unique feel. Familiar and modern. MXKA, born of a biracial lineage—a Mexican mother and a black Louisiana father—exhibits a forward-looking ease while presenting herself to a wide audience with that versatility. Expect big things from this state-of-the-art take on Queen Sade.

Formed in 2020, Succo Sounds is an independent label based in Los Angeles featuring fusion hip hop, afro, soul and electronic music from Global Latinx produced by Stylolive. We are very interested in what they release. Buy the single here.

In 2017, Molly House Records debuted a compilation assembled by the creators of iconic queer SF party Swagger Like Us. Deliberately dubbed “Molly House” after 18th and 19th century British slang , it refers to public meeting spaces for queer people. Produced by “daddy” label davOmakesbeats, it delivered the goods as a platform illuminating emerging queer and POC talent.

Five years later, the imprint has returned, going a step further by showing how the underground, not pale Berlin dudes, but, as my boss calls it, “The Community” is ALWAYS feeding the mainstream with new ideas about dance music.

I have to say that as a huge fan of electronic music – broken beat drums and bass and everything in between – sometimes some homies get caught up in a style. Stuck in a boring copy-and-paste dryness. If this music is a repetitive medium, if it lacks feeling, what’s the point?

Welp, fun, and self-determination are top ideas and genres here on Molly House Volume 2. Presenting this underground philosophy and reminding folk exactly where this music comes from. This far-reaching anthology preaches rinse-and-repeat standards in the land of EDM, “put on soul, attitude, and struggle innit, fool.”

The first two tracks, “Bitch Imma Vibe” by Bay Area singer Bobbi Rohs and “Thinkin Bout You” by Oakland-born, Los Angeles-based Ah-Mer-Ah-Su, cut through different styles of breakbeat, to perform definite personality and twisted funk. Setting up these foundational moods reminds your so-called “tastemakers” to set aside appropriate space for the builders at the dance music table. Molly House Volume 2 is to be checked. Pre-order here.

Bay Area-based band Monophonics, featuring charismatic vocalist Kelly Finnigan, boasts in press materials as the world’s premier psychedelic soul band. Although at first glance it seems grand, I have to scratch my head to think. Who else makes the list? Not a lot. For over a dozen bakers, nearly 15 years, Kelly and the gang have been creating, crafting these cinematic high-arc soul jams that sound just as good on a streaming platform or on stage at The Independent on a hotter Friday night. than July.

Sage Motel, their upcoming album, out May 13 on Colemine Records, is a place described as “a place where people experience the ups and downs of human existence.” A place of big dreams and broken hearts, where people arrive never knowing how they got there. This is where individuals find themselves at a crossroads in life.

The Monophonics seem to have created a heavy hitter a la The Temptaions psychedelic cabin. If meaty organ chords, jaw-dropping horn maps, and fuzzy guitar riffs are your hobby, this is the spring buy you’re so desperately looking for. Try “Warpaint” for size. Pre-order here.