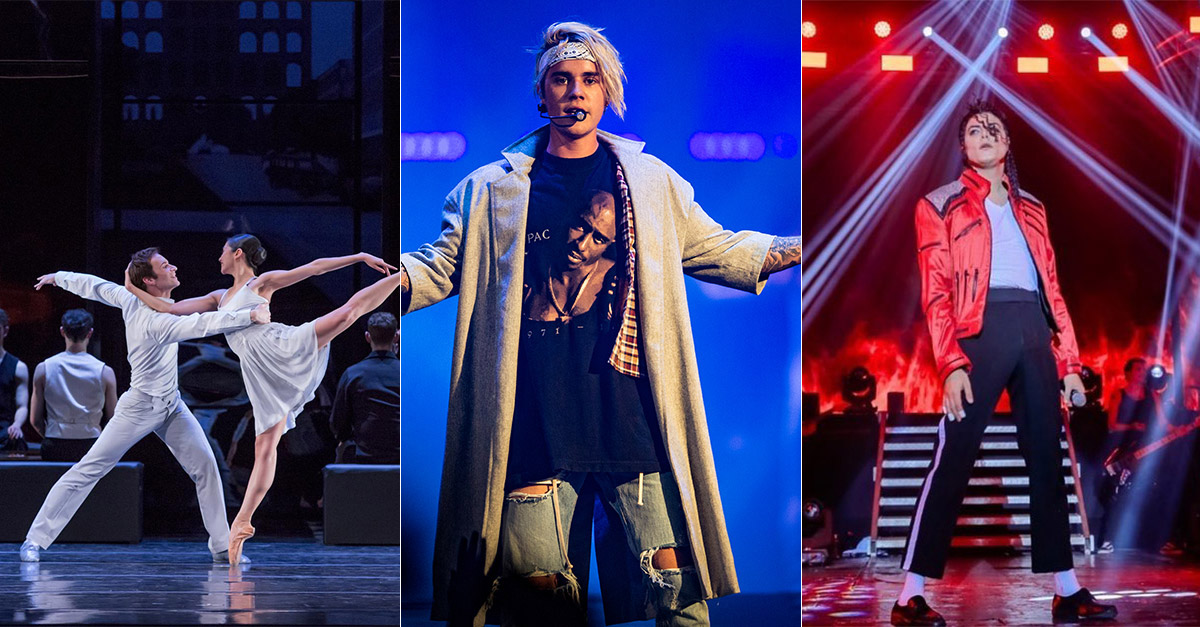 Get out your diary and put these great shows in…

A number of big shows are taking place in Dubai in 2022 and if you can’t keep up, don’t worry as we’ve rounded up all the musicals, theater performances, comedy shows and more to see in Dubai.

Here are all the upcoming performances, international artists, musicals and more that you need to add to your diary…

When: Every weekend in June
Where: Zabeel Ladies Club, Oud Metha

This month-long theatrical event is the largest children’s festival in the Middle East region, directed and produced by The Hive. The plays you will see at this festival are all based on novels by the famous British novelist Roald Dahl. Expect popular works to come to life in 25 plays performed over the weekends of June. Bring the whole family as the visit is free. Learn more here and for updates stay tuned to @liveathive. Book here.

oleanna by David Mamet is Courtyard’s first full production since the theater opened in 2013. The two-person play follows two unique and captivating characters – a student and her teacher. The student worries about failing in class and is frustrated because she does not understand the teacher’s overly wordy lectures. The teacher offers to help his student and in doing so, bends the rules if she agrees to meet him to discuss the subject, one-on-one… The show is open to adults over 15 years old. The show is free to attend but you must RSVP here.

Pink Floyd Experience in the UK

The UK Pink Floyd Experience authentically recreates the atmosphere of a Pink Floyd live performance, including an impressive video projection on a large circular screen and a stunning light show. The rock concert will showcase over 50 years of legendary band success in a show lasting over two and a half hours. Hits will include The Dark Side of the Moon, Animals, wish you were Here and The wall. The spellbinding show will celebrate all things Floyd and appeal to fans of all ages. Prices start from 175 Dhs. Book here.

Turning Pointe Youth Ballet – an award-winning studio in the United Arab Emirates – is once again honoring Dubai’s opera scene, this time presenting Alice in Wonderland. Join Alice and the White Rabbit down the rabbit hole where you’ll discover a world of magical fantasy, from the Mad Hatter’s Tea Party to the Cheshire Cat, Caterpillar, Queen of Hearts and many more. Ticket prices start from Dhs130, buy here.

National Theater Live brings the best of British theater to screens around the world and this month you can watch a William Shakespeare classic, Henry V. Although new to the throne, Henry V launched England into a bloody war with France but faced resistance. Can the new, inexperienced leader prove to his people that he is fit to lead a country into war?

When: June 24 to 26
Where: The junction, Alserkal Avenue

This play is an adaptation of Lutz Hubner’s play creeps. If you love reality TV, this piece is a must see. It follows three glamorous young women trying to become a television superstar. It revolves around their studio audition with an “invisible producer” and how it changes their lives forever. There’s plenty of comedy, but the girls find themselves on an insightful journey in their quest to find their dream job and discover each other and the meaning of friendship in the most unlikely circumstances and places. Tickets will soon be available on platinumlist.net

Whitney – The ultimate tribute to a legend

This show celebrates the life and work of American singer Whitney Houston. She is known for her stunning soprano voice and stage presence, selling over 200 million albums worldwide before her death in 2012. She was hailed as the most awarded artist of all time by Guinness World Records, garnering over 600 awards throughout his career. Marcia Lynette will reflect Houston’s incredible life and talent on stage singing hits such as I wanna dance with someone, I’m every woman, I’ll always love you, saving all my love and much more. Early bird tickets start from 150 Dhs. Book here.

When: July 2nd
Where: Coca-Cola Arena

Formerly a fifth of the superstar boy band A directionLouis Tomlinson, is scheduled to perform at the Coca-Cola Arena on July 2. When he takes the stage in Dubai, fans can expect to hear tracks from his debut album, Wallsas well as a series of his solo hits such as just like you, back to you and Just hang on. You can buy tickets here.

When: September 9 to 11
Where: Dubai Opera

Romeo and Juliet (a ballet by Sergei Prokofiev) is based on the play by William Shakespeare Romeo and Juliet. A Tragic Love Story Synopsis: A young man and woman named Romeo and Juliet fall passionately in love but their families are embroiled in a bloody feud. They marry in secret but tragic events force Romeo to fight and kill Tybalt, Juliet’s cousin. The consequence? He is expelled from the city and Juliette’s parents force her to marry Paris. As a drastic measure, she takes a potion that makes her appear dead so she can flee with Romeo. Unfortunately, Romeo does not receive this message and goes to cry on his grave. To escape his grief, he takes a vial of potion that kills him. Juliette finds Romeo dead when she wakes up. She is devastated and stabs herself.

When: September 23 and 24
Where: Dubai Opera

A huge tribute to Michael Jackson will take place at the Dubai Opera in September. Come together along with other moonwalkers to watch the tribute artist, Rodrigo Teaser performs the best of MJ’s hits including Billie John, Thriller, beat it, smooth criminal, This way you make me feel Black or white and much more. According to a Dubai Opera poster, it will be the world’s biggest tribute to the King of Pop. Besides the music that will see your feet be a Slave to rhythm, there will be choreography and time-traveling costumes – yes, the silver-striped ankle-length pants, the standout jacket – the works.

When: September 23
Where: Coca-Cola Arena

The Crusty Demons are renowned for doing the impossible and are known for making headlines around the world. Think of world records and countless stunts that were once considered impossible. Riders here are pushing to go bigger, faster, higher and crazier than ever (gulp). Expect to see freestyle motocross, new tricks and carnage from world-class riders, Quad FMX, Globe of Death, a Guinness World Record attempt and more. Oh, and of course there will be lighting and special effects.

When: October 1st
Where: Dubai Opera

Do you like the Dubai Opera Big Band? Yes, and they’re back in October to wow you with some good old jazz classics. Think of the music of the legends Frank Sinatra, Aretha Franklin, Nat King Cole, Nina Simone and many more. Tickets can be purchased here.

When: October 8 and 9
Where: Coca-Cola Arena

Justin Bieber will perform in Dubai at the Coca-Cola Arena on October 8 and 9, bringing his record Justice World Tour Towards the city. The 28-year-old Canadian hitmaker shot to fame in 2009 when he was discovered by an American record executive and signed with RBMG Records. Some of his popular tunes include Peaches, Stay, Ghost, Honest, Love yourself, Stuck with you and much more. Buy your tickets here.

Riverdance is once again dancing in Dubai, this time to celebrate its 25th anniversary. The Grammy-winning show will take on Dubai Opera with a powerful and moving reimagining from October 27-30. Book your place here.

When: November 12
Where: to be announced

American pop-rock band OneRepublic will perform in Dubai on November 12. At this time, the venue for the concert has not yet been announced and we are awaiting the release of tickets. It is expected, with superstars like this, that the concert will take place at the Coca-Cola Arena in Dubai.

OneRepublic Live in Concert, location and time to be confirmed, November 12, @onerepublic

The magic of Rob Lake

Do you like magic and illusions? You don’t want to miss Rob Lake at the Dubai Opera in November. Lake is one of the most famous illusionists in the world and performs crazy illusions and entertains millions of people through network television and audiences in casinos, arenas and theaters around the world.

Multicultural Festival in Hawkesbury from June 30 to July 3