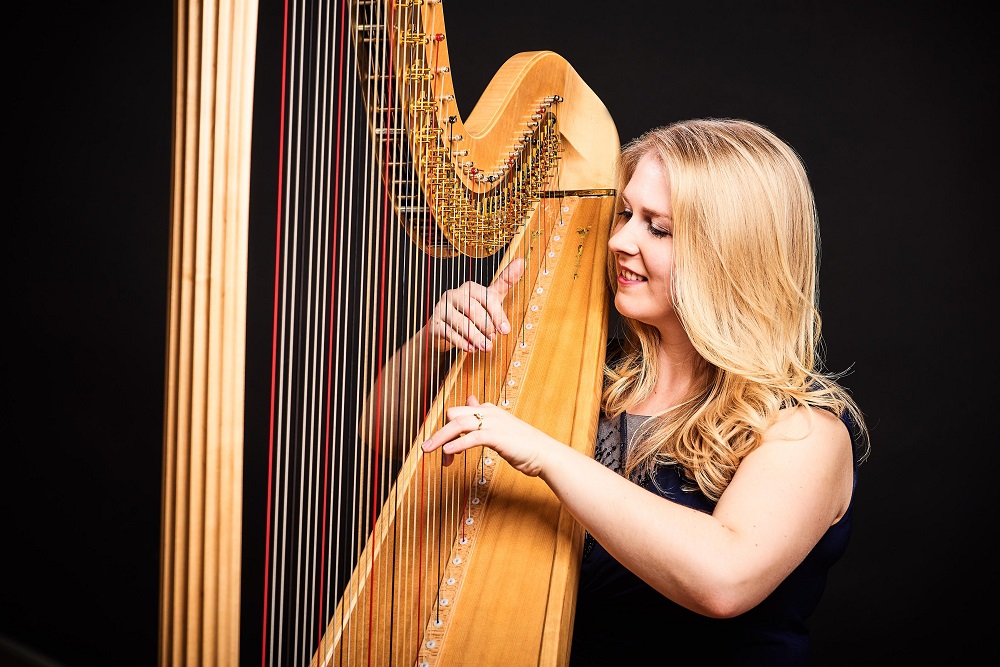 The prestigious Wales Harp Festival returns this year after the Covid-19 pandemic forced it to be canceled two years ago and become a virtual event in 2021.

There will be live audiences at Galeri Caernarfon when it becomes the center of the harp world with the event staged over two days on Tuesday and Wednesday 12 and 13 April.

Under the artistic direction of internationally acclaimed harpist Elinor Bennett, the festival combines concerts with masterclasses and workshops, offering harpists of all ages and abilities the opportunity to learn from some of the world’s finest performers.

There will be public concerts in the afternoon and evening which will include the world premiere of a new work for harp.

Elinor said: “I look forward to welcoming harpists from across Wales and beyond to the festival.

“I am also delighted to be working with our friends in the Harp Department at TU Dublin Conservatory to celebrate and strengthen the Celtic bond that exists between Wales and Ireland.”

“The competition for the Nansi Richards Award will be organized for young Welsh harpists. Last but not least, enthusiastic and progressive teachers will help budding harpists in their studies.

Speaking of the frustration of the last two years caused by the Covid-19 pandemic, she added: “The healing powers of the harp are well known and the Wales Harp Festival will provide a fantastic opportunity for harpists and novice harpists to reunite again. .

“I look forward to being inspired by other harpists, younger and older, to create music that will uplift our hearts and minds, after the anxieties of Covid.

“Let’s look forward to a better future together with positive hearts, promoting the harp in a Festival that has been postponed to 2020 due to the pandemic.”

The Wednesday evening festival concert features Swansea-born harpist Gwenllian Llyr, who will perform a new piece by Mared Emlyn and a new arrangement by herself of the well-known anthem Calon Lân.

Joining Gwenllian in the concert will be jazz harpist Benjamin Creighton-Griffiths, with his band – the Transatlantic Hot Club featuring New York’s Adrien Chevalier on fiddle and Ashley John Long on bass.

Elinor said the Mared Emlyn piece was composed and was to be performed at the 2020 festival which had to be canceled due to the pandemic.

“Finally, the piece can be heard and in public too, where it rightfully belongs,” she said.

Elinor is also looking forward to hearing Benjamin Creighton-Griffiths perform as he is one of her former students.

The two harpists will give workshops and courses in composition, jazz and improvisation during the Festival.

The festival was established in the late 1970s and was initially held at Bangor University as a residential course for young harpists.

It has evolved into a festival with classes and workshops complemented by competitions, concerts and other activities and is now firmly established in the music calendar.

Organized by Canolfan Gerdd William Mathias (CGWM) since 1999, the festival takes place annually and has also spawned the International Harp Festival which is held every four years and is due to be held again in 2023.

CGWM director Meinir Llwyd Roberts said harpists of all ages are welcome to attend the festival and participate in the workshops and classes.

She said these start at 10 a.m. both days. After lunch on the first day, there is a concert by the members of the course and a composition course: Gwenllian Llyr and Mared Emlyn.

In the late afternoon, the festival offers a concert at Café Galeri called the Celtic knot of Wales and Ireland.

The first day’s activities are rounded off with the Nansi Richards Scholarship Competition at 6 p.m.

Organized by the Nansi Richards Trust, the scholarship is open to harpists under the age of 25 who live in Wales or who were born in Wales.

It dates back to 1976 when a tribute concert was held for Nansi Richards, Telynores Maldwyn, in Corwen with the lady herself present in the audience.

A fund was created from the profits from that evening, and a trust was created to manage the money. The first competition was held in 1983 and the scholarship has continued ever since.

After the morning classes on the second day of the festival, on Wednesday April 13, Ben Creighton-Griffiths will lead an afternoon jazz workshop before two concerts close the festival.

Renowned harpist Dylan Cernyw will perform at Cafe Galeri at 6.45pm before the main festival concert at 7.30pm.

Before that, at 5:00 p.m., more than 40 harps will be placed on Galeri’s interior balconies for a special performance by course participants which is free to watch.

Full details of the festival program can be found on the website: www.walesharpfestival.co.uk