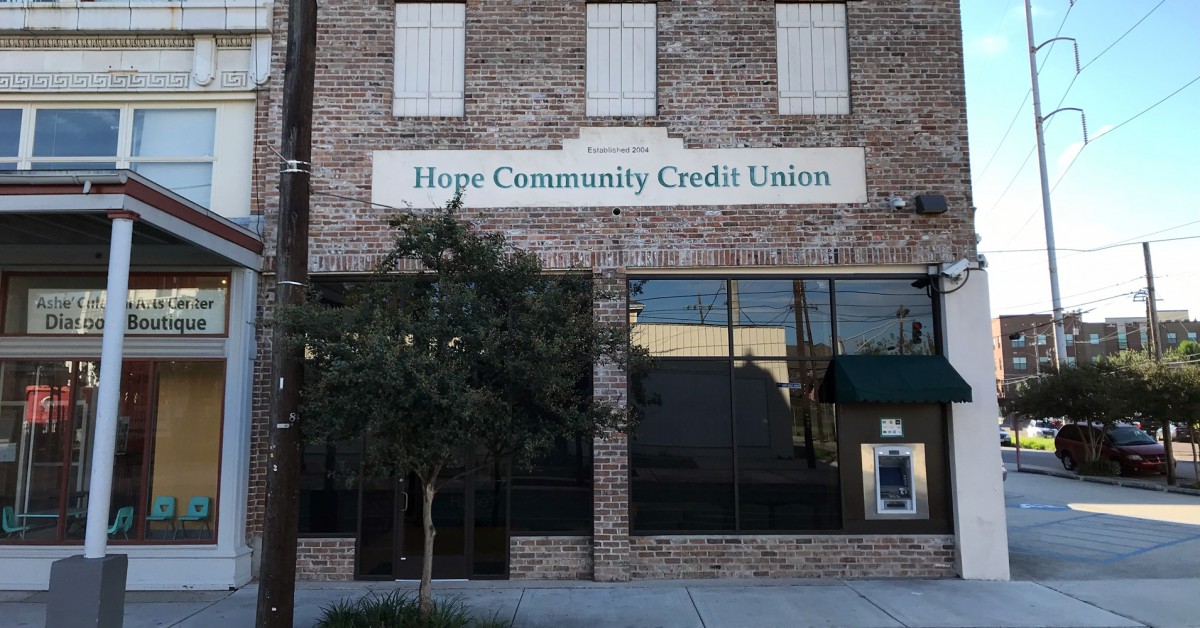 Why Netflix Deposits Its Money In Black Banks

Hope Credit Union, based in Mississippi, raises its capital by bringing in large member companies.

Operating a credit union in the Deep South, an area with some of the deepest poverty in the country, comes with additional challenges. Hope Credit Union, headquartered in Mississippi, has 34,000 members, but every day, two-thirds of these members have less than $1,000 in their bank account and almost the same amount earn less than $50,000 a year. The region’s high rates of unbanked or underbanked residents allow payday and subprime lenders to thrive.

According to Bill Bynum, CEO of Hope Credit Union, this means they have to get creative with creating cash.

“When you’re in wealth-poor, dust-poor places, you have to import capital,” says Bynum. “People don’t have the savings, the deposit, that traditional banks rely on to buy low-cost cash to make loans.”

Hope Credit Union has done this by bringing in a series of high profile corporate members – including Netflix, PayPal and Nike – under a program they call the Transformational Deposit Initiative.

They launched the initiative in June 2021 and soon received their first deposit of $10 million from Netflix. For Netflix, the investment was part of a commitment by the company to place 2% of its cash, totaling around $100 million, in black financial institutions. According to Aaron Mitchell, director of human resources at Netflix Animation Studios, they hope to encourage other big companies to do the same.

“A lot of companies make statements and donate, but we wanted to change the way we do business on a daily basis to address issues like the racial wealth gap,” Mitchell says. “Black banks have been fighting to improve their communities for decades, but they are disadvantaged by their lack of access to capital. The big banks, where the big multinationals, including ours, keep most of their money, are also focusing more on improving capital, but not at the local level, these black-run institutions like Hope can do that. .

Bynum says Netflix put Hope Credit Union through a rigorous process of reviewing Credit Union’s management and financial condition to ensure they would be good stewards of their resources.

The deposit provided liquidity, but it also “brought attention to this strategy,” says Bynum. “We couldn’t buy the recognition it brought. Netflix was very intentional in spreading the word about it, encouraging other companies to follow their lead and they did.

In the second half of 2021, Hope Credit Union received $116 million in transformation deposits from 443 individuals, businesses and nonprofits. Credit Union estimates that every $10 million deposit helps fund more than 2,500 entrepreneurs, homebuyers and consumerslargely from marginalized communities: Among Hope Credit Union members, 77% are black and 60% are women.

“We’re able to use those deposits to replace those checking and savings accounts that you find so easily in thriving communities, but aren’t in the places we serve,” Bynum says.

At 0.10%, the bond incentive offers more of a social return than a financial one. Institutions understand “the importance of their future workforce and their future customers,” says Bynum. And since the money is a deposit and not a gift, banks can withdraw it whenever they want.

“We’ve seen a lot of individuals, a lot of families who have proven they can do anything anyone else can when they have the tools,” Bynum says. “So our job is to try to put these tools to good use for people who don’t have access to them. … We feel really lucky to be able to lend a financial helping hand, a lifeline and facilitate their progress in the economic scale.

However, this ladder can sometimes be a bit slippery. The past two years have been difficult for many Americans, but it has been especially difficult for black Americans. In a study 2021, the Hamilton Project at the Brookings Institution found that while all Americans, regardless of socioeconomic background, have been affected by COVID-19, black Americans from economically disadvantaged communities have been particularly affected. The authors of the reports write that while all Americans have been affected by COVID-19, “many black Americans and their communities lack sufficient income and wealth to cushion both the crisis of job losses and the economic crisis. that have resulted from the COVID-19 pandemic. ”

It’s a fact Bynum knows well, but he sees the corporate response as a beacon of hope. The attention for the large corporate donations they received, as well as the series from Netflix, continued to grow. Last December, Hope Credit Union received $88 million through the U.S. Treasury Department’s Emergency Capital Investment Program (ECIP), the largest community development investment the organization has ever made. never received.

“There seems to be more attention over the past two years following the murder of George Floyd,” says Bynum. “And a bit of awareness and acknowledgment that the gaps exist and are not sustainable. So I’m going to look at this as a window of opportunity, but we need to maximize the opportunity.

This story is part of our series, CDFI Futures, which explores the community development finance industry through the lens of equity, public policy and inclusive community development. The series is generously supported by Partners for the Common Good. Sign up for PCG’s CapNexus newsletter at capnexus.org.

Connie Aitcheson is a freelance writer based between Florida and Kingston, Jamaica. She worked for many years at Sports Illustrated and has been published in Essence, PTSD Journal, Cosmopolitan and espnw.com.

How to avoid falling back into the debt trap

Getting ‘stuck’ with payday loans