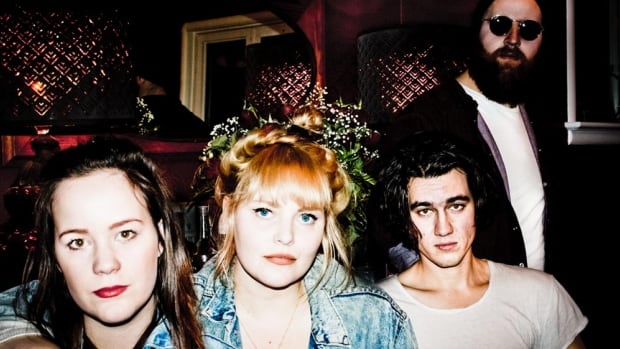 A Winnipeg music director says she was left with more questions than answers – and no payment for the musical artists she represents – after a Winnipeg music festival was suddenly canceled just days before it unfolds.

Organizers publicly announced on Monday August 8 that they were ending the Current Festival – a new event that was to take place at The Forks from August 12-14 – blaming weak ticket sales.

Misfit Management’s Elise Roller says the artists got a little more notice than that.

“We received an email on Sunday evening [Aug. 7] before the festival starts, so about five days before,” she said in a Friday interview with CBC Radio. Up to speed.

“It was just a cover [statement] I think it was sent to everyone involved just to say, “Unfortunately we have to cancel the festival due to low ticket sales and we are bankrupt, and therefore unable to fulfill artist contracts.”

The cancellation email was the first indication she and her artists had that ticket sales were low, Roller said.

The festival has not provided any evidence of filing for bankruptcy, according to Roller. A CBC search of provincial bankruptcy records did not reveal any bankruptcy filings.

CBC reached out to current organizer Monica Derksen this week, but she declined to comment.

CBC also contacted several festival sponsors this week for comment, as well as another music management company, which declined to comment.

Organizers previously described the festival, which was to take place at CN Stage and Field at The Forks, as “the most Instagrammable festival Manitoba has ever seen”, with a particular focus on aesthetics and luxurious decor. Single-day passes were $100, with full weekend passes starting at $170 for early bird rates.

In his Aug. 8 public statement on Instagram announcing the cancellation, Derksen called Winnipeg “a city of last-minute decision makers.”

“We’ve waited as long as we can to get an increase in sales, but they haven’t materialized and the event is no longer viable,” the social media post said.

That rationale doesn’t sit well with Roller, who said in an Instagram post on Thursday that none of Misfit’s artists — Mise en Scene de Winnipeg, Super Duty Tough Work and Sierra Noble, all booked for the festival — have ever seen a Show canceled due to ticket sales.

Additionally, contracts signed by his artists indicated that a lack of ticket sales was not a viable reason for leaving the contract unfulfilled, Roller said.

The festival’s cancellation had a snowball effect on Roller customers, she said Up to speed.

“To say, ‘Sorry, we let you down’ – they did more than let us down. They really, really hurt us in so many ways,” she said.

Artists received a 50% deposit, but Roller says the money is often used to cover artists’ expenses before their performance, such as hiring additional musicians.

Bands that had been booked to play the Current Festival signed contracts that included proximity clauses, which meant they could not play locally for a period of time before or after the festival.

“It was in the range of about six to nine weeks in Winnipeg or Manitoba, and that means when we get other offers for shows and festivals in the area, we can’t accept that job,” said said Roller.

These clauses are not uncommon, she said – but in this case the loss of income from not playing at the festival, combined with several weeks without concerts due to the proximity clause, led to her artists canceling some of their fall projects.

Up to speed9:33Artists are left in the dark as they are still trying to recover lost work after the cancellation of the current Festival.

Elise Roller, Artist Manager at Misfit Music Management, talks to Stephanie Cram about the effect the cancellation of the Current Festival has had on the artists she represents and what she would like to see out of this situation.

Super Duty Tough Work, a hip-hop jazz fusion ensemble, had accepted a business opportunity in Germany later that month, she said, but due to the loss of income from the current festival, they gave up. this opportunity.

Another artist had to reconsider his plans for a video shoot, as the original budget included revenue from the event.

Roller said she emailed Derksen three weeks ago, asking to speak directly about the situation, but received no response.

Ultimately, Roller wants payment for its artists and accountability.

“The apology had to go a little deeper and be a little more empathetic to the situation they put us in,” she said.